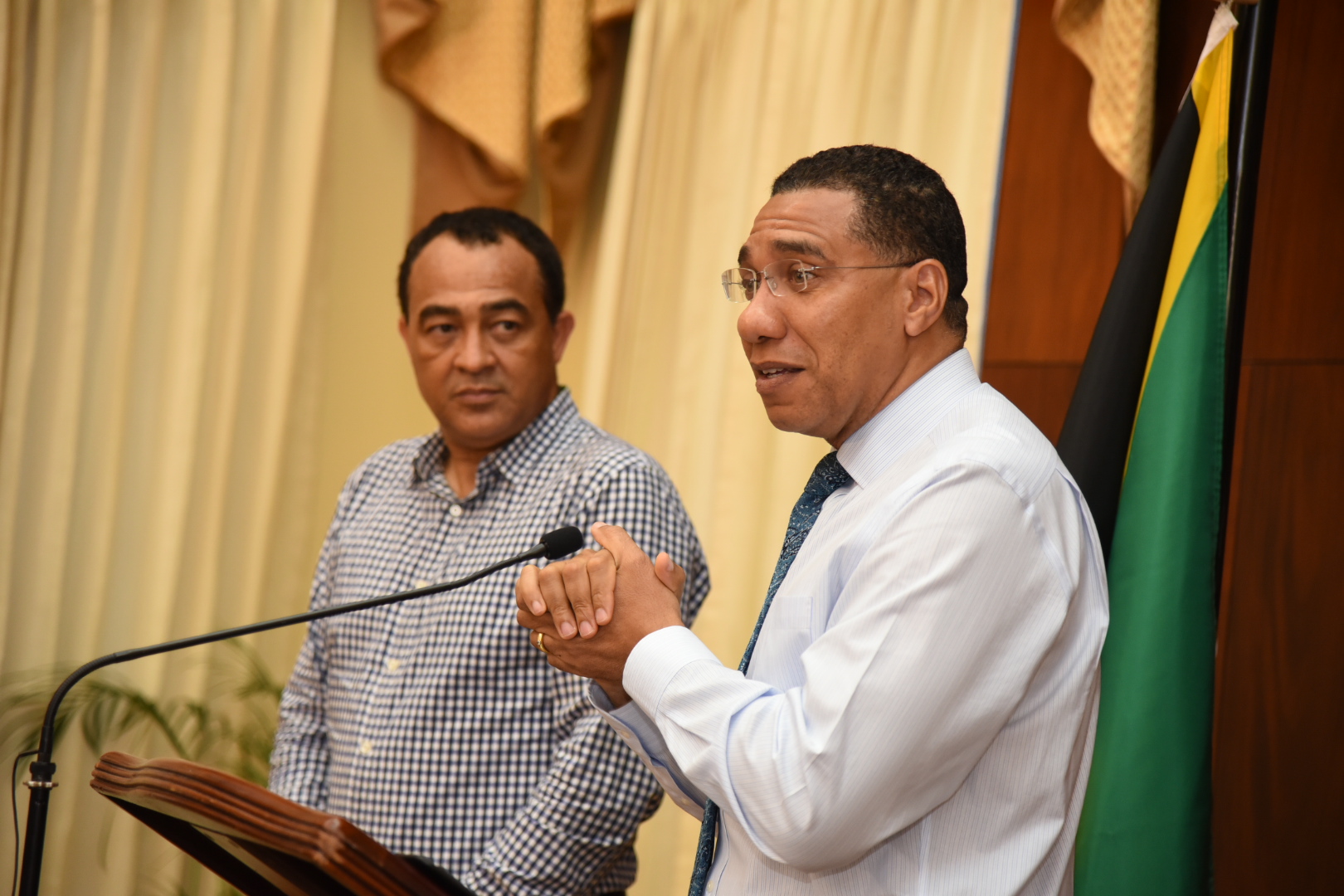 Prime Minister, the Most Hon. Andrew Holness (right) addressing a press briefing at the Office of the Prime Minister on Wednesday (March 11) to announce a second imported case of the novel coronavirus (COVID-19). Looking on is Minister of Health and Wellness, Dr. the Hon. Christopher Tufton.

#KINGSTON, March 11 (JIS):  Prime Minister, the Most Hon. Andrew Holness, says the Government is considering imposing travel restrictions for the United Kingdom (UK), following confirmation of the second imported case of the coronavirus (COVID-19) from the country in two days.

“The Government is actively reviewing the extent of travel restrictions relating to the UK and, in short order, we should be saying some more on that,” he said.
Mr. Holness was speaking at a press conference at Jamaica House to announce the second case of the virus, which involved a United States (US) Embassy employee, who recently returned from the UK.

On Tuesday (March 10), Jamaica confirmed the first case of COVID-19, which involved a female citizen who had arrived in Jamaica from the UK on March 4 to attend a funeral and presented to the public health system on March 9.

The patient is currently in isolation at the University Hospital of the West Indies.

In the meantime, the Government has placed a ban on all social gatherings requiring permits.
“No permits will be issued for the next 14 days and permits that are already issued will be rescinded,” he noted.

As for churches, funerals, weddings and other social gatherings that do not require a permit, the Prime Minister is urging that discretion be exercised and that persons adhere to the necessary precautions that have been recommended to protect against the spread of the virus.
The Prime Minister is also advising against non-essential travel and said that he will not be approving any such travel for members of the Cabinet or the public sector.