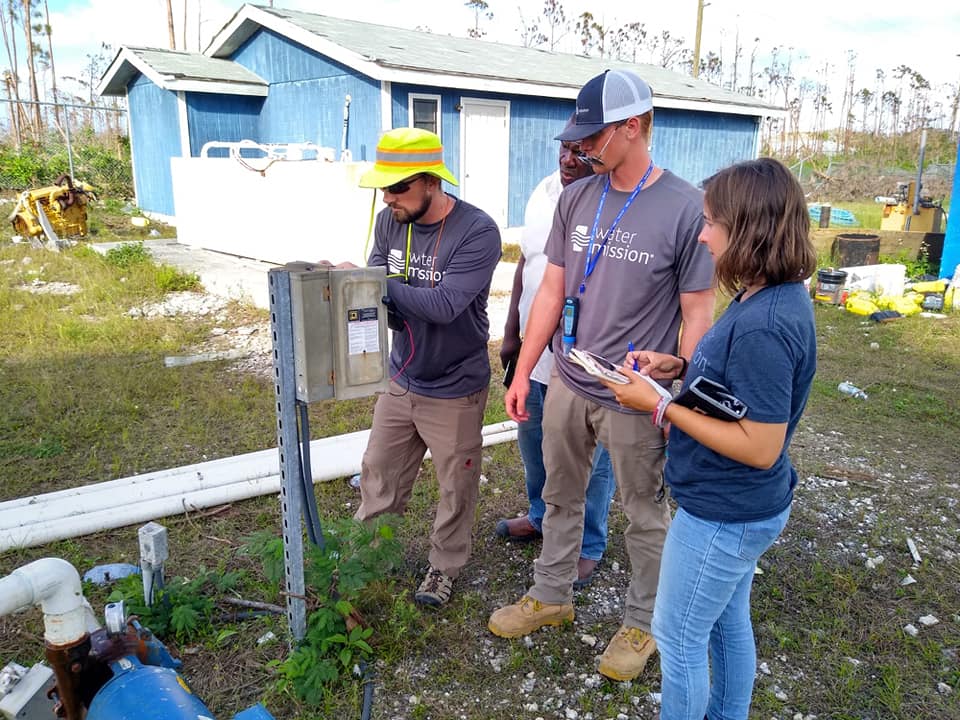 We have experienced some recent challenges with our water supply systems on the islands of Moores Island and Grand Cay and we expect those to be fully rectified in the coming days. The Grand Cay storage tank was destroyed during the hurricane and a contract has been issued for the demolition of that tank and another contract has been issued for a new 125,000 imperial gallon storage tank.

Last week, WSC mobilized a private contractor to assist our team working to complete extensive repairs to our Marsh Harbour distribution system which includes the communities of Marsh Harbour, Spring City, Dundas Town, Murphy Town, Central Pines, Pelican Shores and Eastern Shores. It is expected that these works will continue for the next few months resulting in substantial improvements in the reliability of our Marsh Harbour water supply system.

This week, WSC mobilized a private contractor to assist our team working to complete extensive repairs to our Treasure Cay distribution system which includes the communities of Treasure Cay and Green Turtle Cay. These works are also expected to continue for the next few months. At the Treasure Cay pumping station, a new standby generator has already been installed and this generator is powering our facilities as no BPL power is available at this location as yet.

The storage tank at this facility was destroyed during the storm and demolition works will be starting in the coming days to remove the collapsed tank and tank slab to make room for a new 750,000 imperial gallon tank that already been contracted.

A contract has also been issued for the repair of the Green Turtle Cay storage tank that was damaged during the hurricane.

Our Treasure Cay commercial office was destroyed during the hurricane and our Board is expected to approve the commencement of a procurement exercise for several building contracts shortly including a new Treasure Cay commercial and operations center, the new pumping station for Marsh Harbour, two (2) solar power equipment buildings and refurbishment of all of our existing buildings on the mainland and cays.

On Sweetings Cay, which is managed as a part of our Abaco operations, the nongovernmental organization (NGO), WaterMission has provided a standby generator and a desalination plant as the complete water production facility on island was destroyed during the hurricane and the distribution system also experienced substantial damage. The generator and desalination plant are operational and providing water for the remaining residents.

WSC is presently exploring an offer from another NGO to assist with the required distribution system improvement works. Notably, WSC has purchased a plant to replace the plant we lost in Sweetings Cay; at present, it is in Grand Bahama awaiting shipment to Sweetings Cay. Detailed Condition Assessment Reports have been completed for our Treasure Cay and Spring City sewerage systems, both of which incurred substantial damage during the passage of the hurricane.

Our Board is presently reviewing options to commence the required sewerage refurbishment works and it is anticipated that a contract award will be made in the coming weeks.

To support our operational and commercial teams, a fleet of new vehicles and required equipment has been procured. Some items have already been shipped to Abaco and additional items will be shipped in the coming days.

To date, WSC has awarded contracts for vehicles, equipment, new facilities, restoration works & services in excess of $8.3 million and we anticipate another several million dollars in contracts will be awarded in the coming weeks. WSC appreciates the understanding, patience and support of our valued customers in the Abacos as we work to rebuild a stronger, more climate resilient water and sewerage infrastrustructural system.