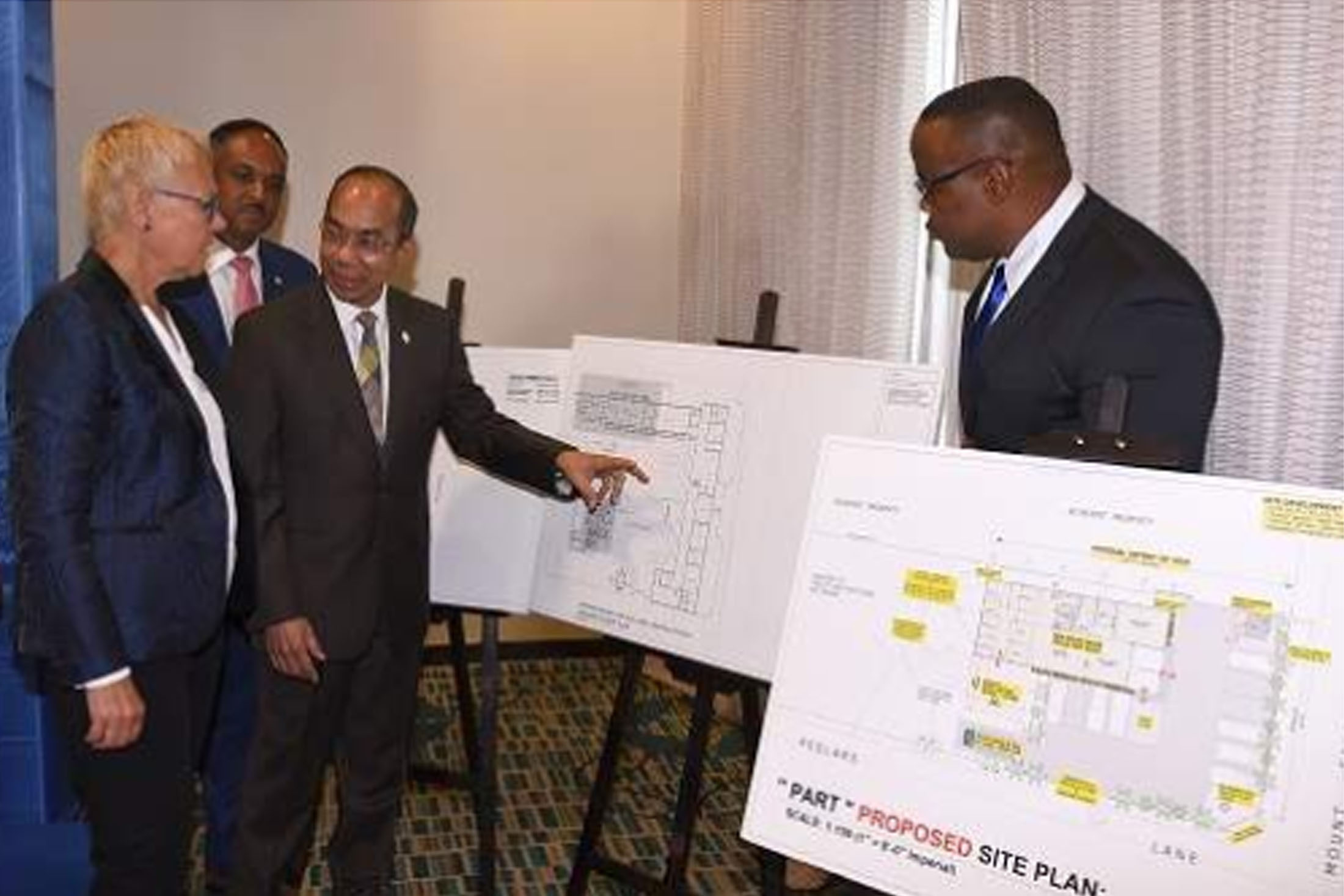 #KINGSTON, Jan. 24 (JIS): The European Union (EU)-funded Poverty Reduction Programme (PRP) will be carrying out rehabilitation works at six police stations across the island, at a cost of approximately $235 million.

Details were provided at Thursday’s (January 23) launch of the PRP police station rehabilitation project, at the Courtyard by Marriott hotel in New Kingston.

The project will be implemented by the Jamaica Social Investment Fund (JSIF), which undertakes activities of the PRP, and will take place during the next four months.

Work will be carried out on bathroom facilities, training rooms, kitchens, lunch areas, cell blocks, fences and driveways of some of the stations.

Minister of National Security, Hon. Dr. Horace Chang, said two of the projects will be undertaken at police stations located in the Zones of Special Operations (ZOSOs) – Denham Town and Mount Salem – and should significantly contribute to the development of these areas.

“They are communities which have challenges. In fact, the very definition of the programme, the Poverty Reduction Programme, indicates that the Jamaica Social Investment Fund moves into areas which have serious socio-economic challenges,” Dr.  Chang said.

“When we go in with the Zones of Special Operations and with JSIF, which seeks to not only provide jobs but also seeks to improve the environment and bring safety, that is a fundamental shift in what happens,” he added.

The Minister emphasised that one major objective of these rehabilitation activities is to strengthen the police force, which is the primary law-enforcement agency, and guarantee citizen safety in those communities.

He thanked the EU for being one of Jamaica’s principal partners in many areas, such as the social services sector, and for its funding.

Meanwhile, Managing Director, JSIF, Omar Sweeney, said the projects will help with safety and security in the communities located near the police stations, adding that more than 200 police personnel will benefit from these upgrades.

For her part, Head of Delegation of the European Union in Jamaica, Ambassador Malgorzata Wasilewska, said the need to provide safer environments is one of the reasons the police stations were chosen for rehabilitation.

“It is with this in mind that we at the European Union, along with our Jamaicans partners, designed the Poverty Reduction Programme, to support specific elements of Jamaica’s own strategies to achieve a secure, cohesive and just society,” Ms. Wasilewska said.

“The men and women who work at the police stations that are planned to be rehabilitated or constructed during this period of the Poverty Reduction Programme, collectively serve some 50,000 residents. I am particularly happy about this fact,” she added.

Ms. Wasilewska said police officers deserve decent working conditions, because they are highly relied on to improve the security in the country.

She said although funding from the programme will be coming to an end this year, partnerships between Jamaica and the EU will continue.