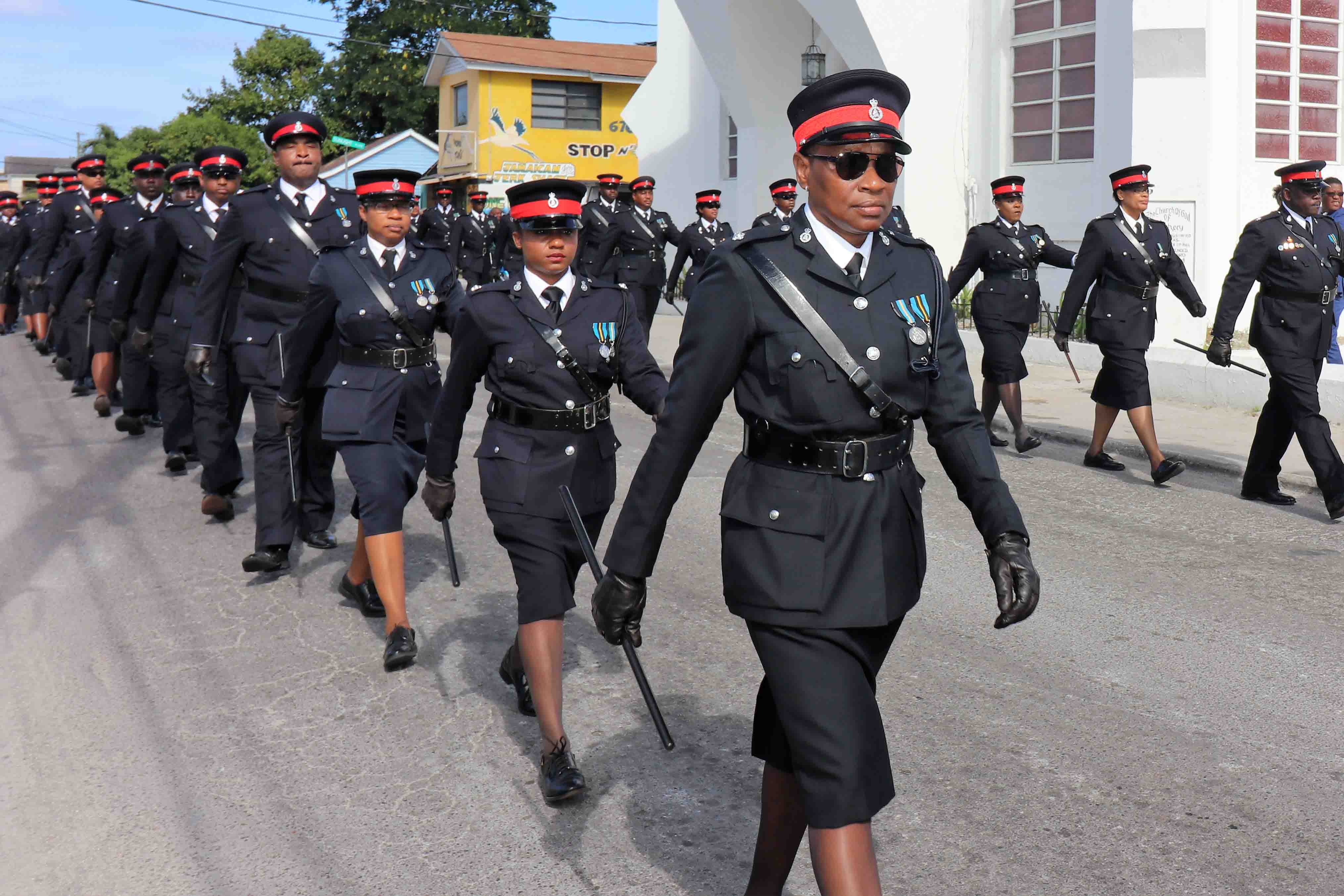 #NASSAU, The Bahamas — January 7, 2020 – Governor General His Excellency the Most Hon. Cornelius A. Smith, Prime Minister the Most Hon. Dr. Hubert Minnis and a number of Cabinet Ministers, Heads of the Uniformed Branches, and clergy joined Commissioner of Police Anthony Ferguson and his senior officers at the Royal Bahamas Police Force (RBPF) Annual Church Service, held at the Holy Family Roman Catholic Church, on Robinson Road, on January 5, 2020.

During the service, Minister of National Security the Hon. Marvin Dames delivered an address thanking the police force for their work in the community.  He said: “On behalf of Prime Minister, the Most Hon. Dr. Hubert Minnis, the Government and the people of The Commonwealth of The Bahamas, I commend the efforts of all police officers.  Whether you are on foot patrol or mobile patrol, whether you are investigating a murder or writing a traffic ticket, whether you are chasing drug traffickers on our waters or playing the cymbals in the Police Band, we are grateful to all of you.  Your work, service, and dedication are noticed and appreciated.  Have a productive and safe 2020.  God Bless the Royal Bahamas Police Force and God bless the Commonwealth of The Bahamas.”

Other Cabinet Members in attendance were Minister of Foreign Affairs the Hon. Darren Henfield; Minister of Financial Services, Trade and Industry and Immigration the Hon. Elsworth Johnson; and Minister of the Public Service and National Insurance the Hon. Brensil Rolle.  Also among those joining the RBPF for the event were former Governor General, the Most Hon. Dame Marguerite Pindling; Acting Commander of the Royal Bahamas Defence Force Captain Raymond King; Commissioner of Correctional Services Charles Murphy; Comptroller of Customs Dr. Geannine Moss; Director of Immigration Clarence Russell; Bahamas Ambassador to CARICOM, His Excellency Reuben Rahming; Parliamentary Secretary Michael Foulkes; Senator the Hon. Jamal Moss; Opposition Member of Parliament Picewell Forbes; senior officers and heads of uniformed branches of government, including the Road Traffic Department and the Airport Authority; numerous Bahamas Christian Council members; members of the clergy; representatives of Neighbourhood Watch Bahamas and other stakeholders; and family members of those members of the uniformed branches present who died in 2019.  (BIS Photos/Eric Rose)