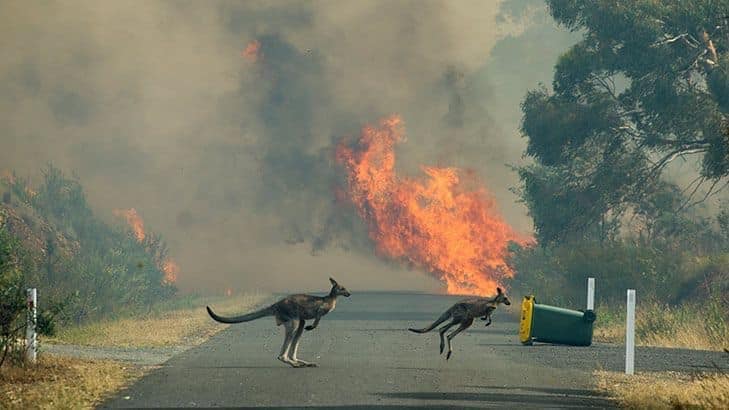 NASA scientists using data from its NOAA/NASA Suomi NPP satellite, have traced the movement of the smoke coming off the Australian fires across the globe showing that it has circumnavigated the Earth.

In an image created from data gathered by the Ozone Mapping and Profiler Suite (OMPS) Nadir Mapper on Suomi NPP, a black circle shows the smoke which had been traced from its origins coming back to the eastern region of Australia after having traveled around the world.

Suomi NPP carries carry five science instruments and is the first satellite mission to address the challenge of acquiring a wide range of land, ocean, and atmospheric measurements for Earth system science while simultaneously preparing to address operational requirements for weather forecasting.

Suomi NPP also represents the gateway to the creation of a U.S. climate monitoring system, collecting both climate and operational weather data and continuing key data records that are critical for global change science.

NASA satellites can show the movement of the smoke across the globe as evidenced above, but other instruments found onboard can give scientists, firefighters, health experts, local government, and others information about what is happening on the ground in real-time.