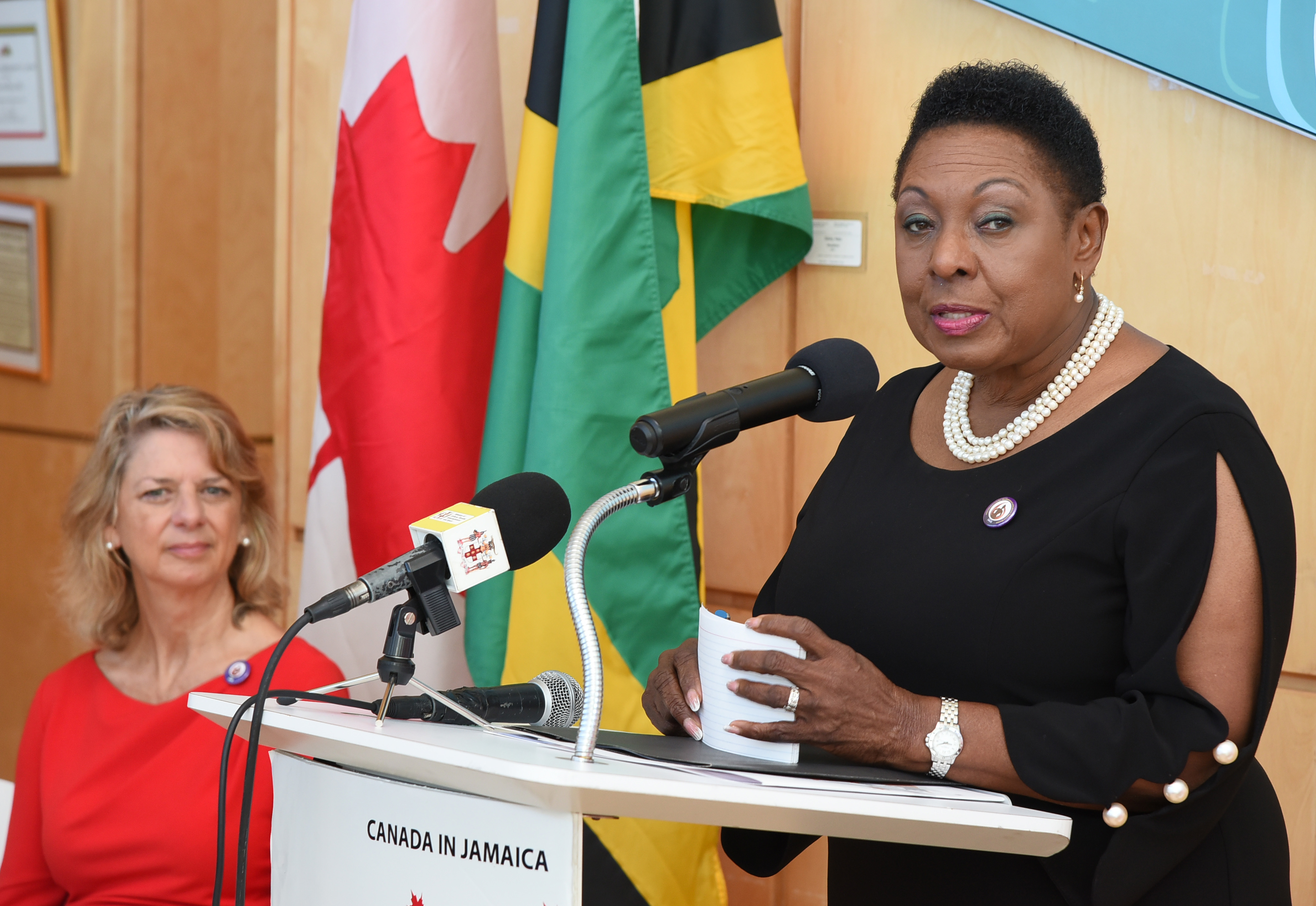 #Kingston, 4 December 2019 – Jamaica – The High Commission of Canada in Jamaica has offered five grants to local organisations to advance gender equality, peace and security in the communities they serve across the island.  They are the Boxing Board of Jamaica, National Youth Orchestra of Jamaica, Peace Management Initiative, Institute of Law and Economics, and Advocates for Change.

Also, the Institute of Law and Economics will use the money to build the gender-responsiveness of Case Managers to support the socio-economic reintegration of girls and women leaving correctional institutions across Jamaica; and Advocates for Change will spend the money to support young fathers through the Developing Able Dads (DADs) Project.

Funding has been granted under the Canada Fund for Local Initiatives (CFLI), which is a facility through which Canada provides modest sums for small-scale and high-impact projects across the globe.

Minister of Culture, Gender, Entertainment and Sport, Hon. Olivia Grange, thanked the High Commission for the donations on behalf of the organisations, at a ceremony held at the Commission’s offices on West King’s House Road, in Kingston.   She said the money will be used by each organisation for gender-equality activities.

“This is an important initiative centred around gender, and the fact that the funds will be used to assist community groups and [their] initiatives is just a very wonderful thing. It’s done during this period of 16 days of activism against gender-based violence. It’s really an appropriate time for the grants,” Ms. Grange told JIS News.

“The funds will assist young dads [and] young women who have been in penal institutions… with programmes in sports, such as ‘Gloves over Guns’ [which is an initiative of the Boxing Board of Jamaica], where young men and women, in this case, are being assisted with the development of boxing [as opposed to engaging in gun violence],” she said.

High Commissioner of Canada, Laurie Peters, said that “the initiative enables Canada to invest in communities by funding grassroots organisations that address vulnerabilities, build resilience and sustainability in communities across Jamaica”.

She further added that every year, the High Commission provides support to local organisations through the CFLI to implement projects aligned with empowering women and girls and promoting gender equality, championing human rights, inclusive and accountable governance, peace and democracy.

For this tranche of the programme, the High Commission received more than 50 project proposals. The selected projects will be implemented with the funds by the end of March 2020.

Header: Minister of Culture, Gender, Entertainment and Sport, Hon. Olivia Grange, addresses media representatives at the High Commission of Canada, in Kingston, on Tuesday (December 3). Listening at left is High Commissioner of Canada, Her Excellency Laurie Peters. Occasion was the award of grants to five local organisations to  advance gender equality.

1st insert: Minister of Culture, Gender, Entertainment and Sport, Hon. Olivia Grange (left), speaks with High Commissioner of Canada, Her Excellency Laurie Peters, at the High Commission in Kingston, on Tuesday (December 3). Occasion was the award of grants to five local organisations to advance gender equality.