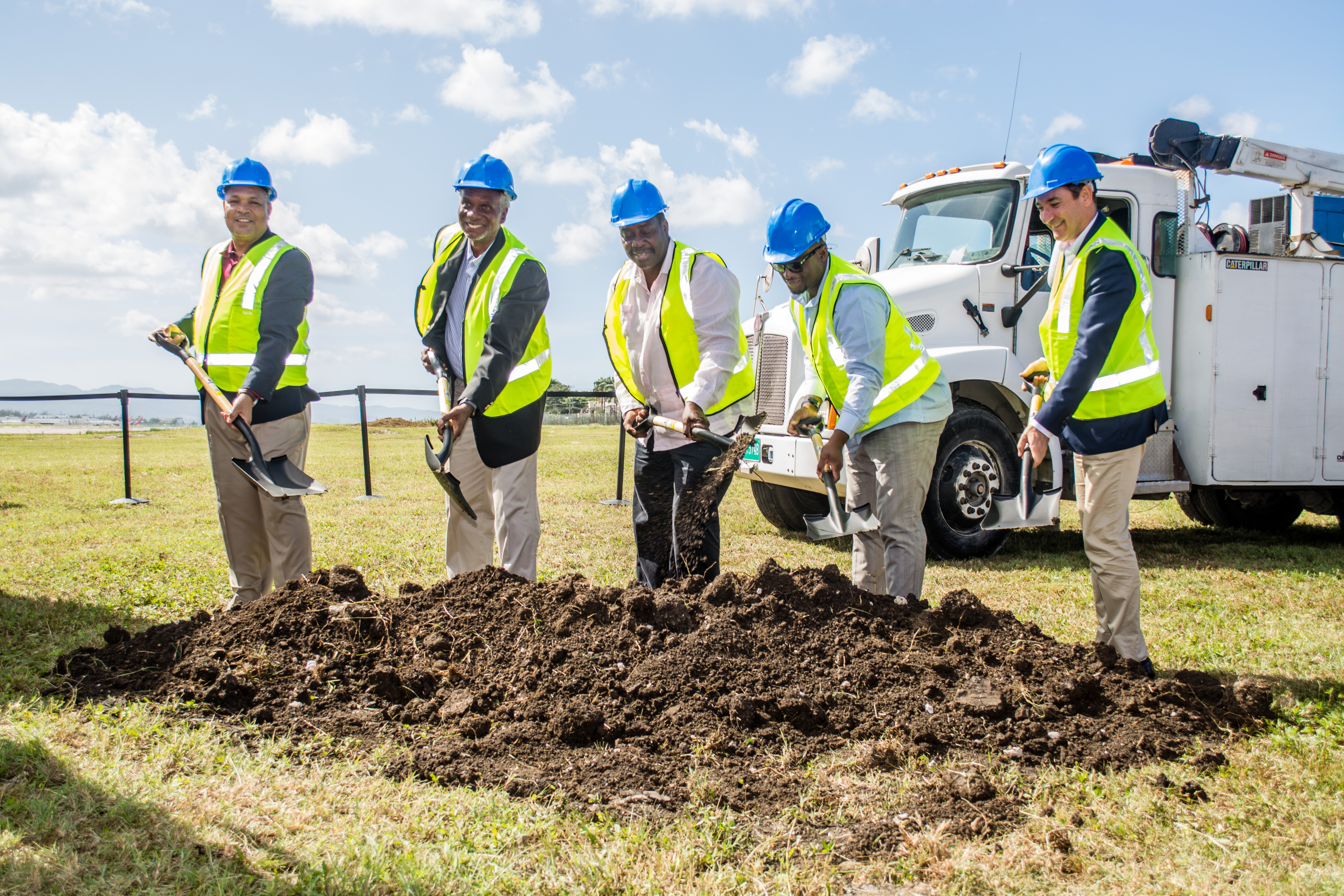 Montego Bay, December 16, 2019 – Jamaica – The operators of the Sangster International Airport in Montego Bay, St. James, have commenced work to extend the runway at a cost of US$70 million.

The project, for which ground was broken on Thursday (December 12), will entail, among other things, the length of the strip being increased from 2,662 metres to 2,940 metres.  The extension will facilitate the establishment of safety areas at either end of the runway and the installation of a jet blast screen intended to enhance the safe and effective use of the taxiway.

It is also expected to reposition the airport to accommodate larger, more powerful planes, while significantly reducing arrival and departure timelines. The development is slated for completion by the end of the third quarter of 2020.

Sangster International Airport is being operated by MBJ Airports Limited, under a 30-year concession agreement with the Government.  The entity is a subsidiary of the partnership between Mexican entity, GAP, and the Vantage Airport Group, headquartered in Canada.

Mr. Montague said that in order to ensure the project’s sustainability, the requisite enabling works that are integral to the undertaking will be executed.

“There will be additional metres of safety zones, which will bring the runway into compliance with International Civil Aviation Organization standards. It is, indeed, a comprehensive overhaul that [will amount] to a far safer and more efficient airport,” the Minister further stated.  These inputs, he pointed out, are expected to enhance the safety protocol to facilitate heavier aircraft.

Mr. Montague noted that since Sangster Airport’s privatisation in 2003, “every effort has been made [by the operators] to ensure that there continues to be significant improvement [to the facility]”, the third largest in the region.

“The airport serves as the primary gateway to Jamaica and facilitates the transit of more than 85 per cent of tourists arriving on the island and served a total of over 4.54 million passengers in 2018,” he informed.

Mr. Montague said the new runway will guarantee the arrival of bigger planes and more visitors, adding that “tourism and other related services will benefit tremendously”.   He further contended that it will have a domino effect that revolutionises the entire travel experience to Montego Bay and, ultimately, boost Jamaica’s economy.

“It is indeed a great milestone and should be recognised nationally as a remarkable contribution to Jamaica’s economic prosperity.”

He said that with the ability to cater to larger, more powerful planes, the time in the air will now be drastically reduced for aircrafts using our airspace and runway.

Mr. Montague assured that the Ministry remains committed to making Jamaica’s aviation industry the best in the world, whilst attracting record-breaking numbers of visitors.