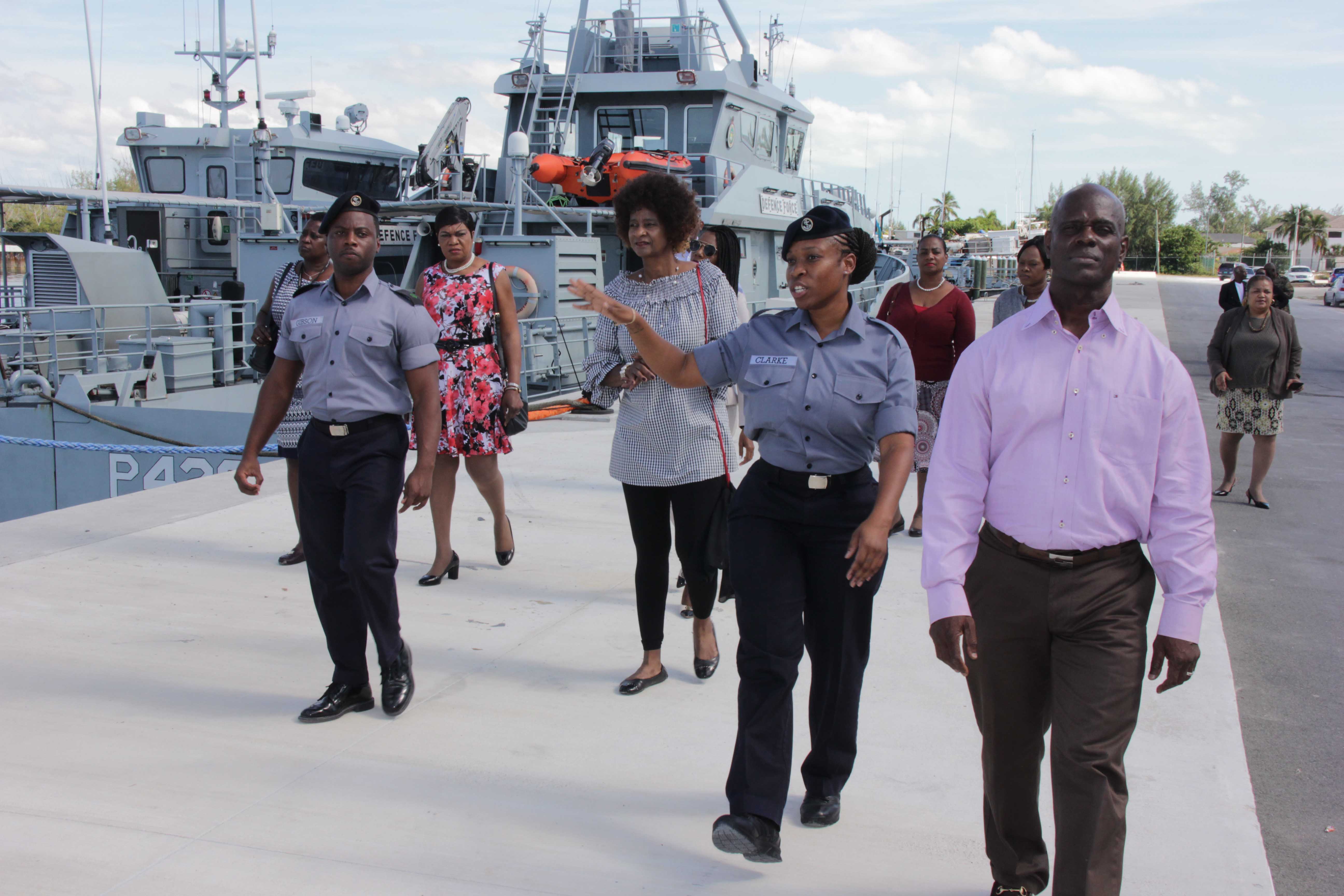 Coral Harbour Base, 04 December, 2019 – Bahamas –Organizers of the Members of the National Sports Hall of Fame 2019 Class, along with five sports aficionados were recent special guests of the Royal Bahamas Defence Force as they were hosted to a luncheon at the Coral Harbour Base.

The delegation also paid a courtesy call on Captain Raymond King, Commander Defence Force (Acting), who welcomed the athletes and their representatives to Coral Harbour Base and congratulated them for their individual and collective achievements in the sporting community.

The men and women are among 12 individuals who will be inducted into the National Hall of Fame on December 3rd at Government House. While at the military base, they were given an overview of the daily operations of the RBDF. Their visit included a tour of the Force’s Medical Center and HMBS BAHAMAS, one of the Bahama Class vessels. They were afterwards treated to a luncheon at the Defence Force Base.

The National Hall of Fame is the highest honour for outstanding athletes, coaches and officials in the country.

The men and women however, remain committed to guarding and protecting the territorial integrity of The Bahamas.

Header: Able Seaman Anthony Gibson and Woman Marine Oriscia Clarke giving the sporting legends a tour of the Defence Force Base during their visit on Tuesday November 26, 2019.