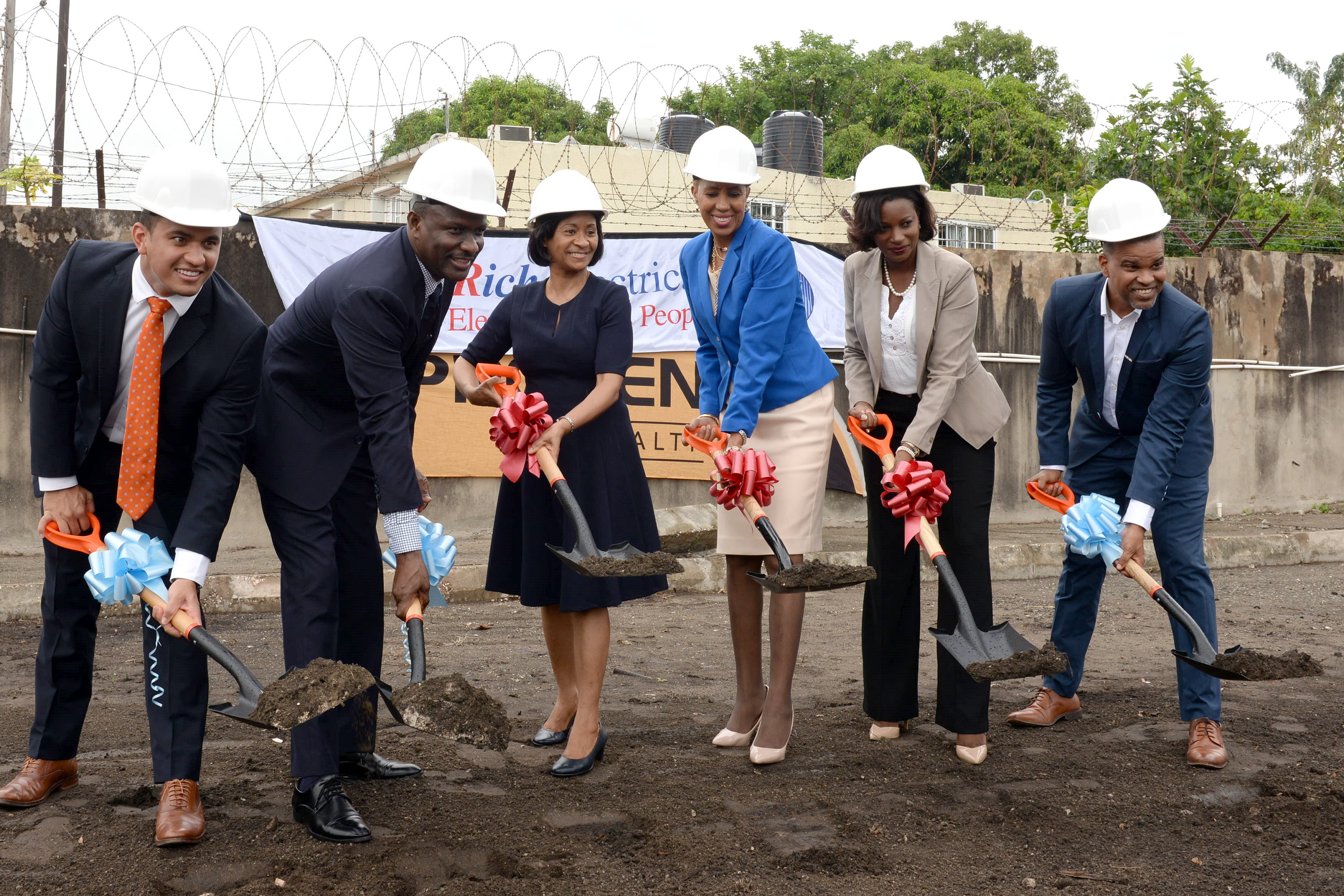 #Kingston, November 21, 2019 – Jamaica– Changes made to pension regulations by the Government have paved the way for multimillion-dollar real estate investment by GraceKennedy (GK) Pension Scheme in partnership with FosRich Company Limited.

Ground was broken for the project at FosRich’s headquarters at 76 Molynes Road, Kingston on Tuesday (November 19), which followed the signing of contracts by principals of the entities on November 5.

The development will be undertaken over two phases, with phase one to include construction of a 30,000-square-foot warehouse and distribution centre, work on which will begin in two weeks.

The other segment will entail full development of approximately 110,000 square feet of space to incorporate food, entertainment and other facilities over two years.  Amendments to the pension regulations, passed and gazetted in September, have broadened the range of permissible assets in which pension plans can invest and strengthen the legislative framework with respect to safeguarding the assets of pension plans.

Pension funds are able to invest in equity or debt of private companies, established under the laws of Jamaica, provided that in aggregate, these amounts do not exceed a maximum of five per cent of the assets of the pension fund. This enables investment in private equity and venture capital for the first time.

“Pension plans, in partnership with their fund managers, have to… provide a consistent income stream that can result in capital appreciation over the long-term for the benefit of current and future pensioners. Real estate provides one such avenue,” she noted.

Chief Executive Officer of PROVEN Wealth Limited, which manages the GK Pension Scheme, Johann Heaven, said that pension fund managers are elated about the opportunities that can now be explored based on the amendments to the pension regulations.

“Additionally, we look for the long-awaited introduction of phase two to the pension fund regulations… [and] hopefully, we can get that done by March next year, because this will further widen up the opportunities for the pensions market and for pensioners, allowing us to be more innovative,” he added.