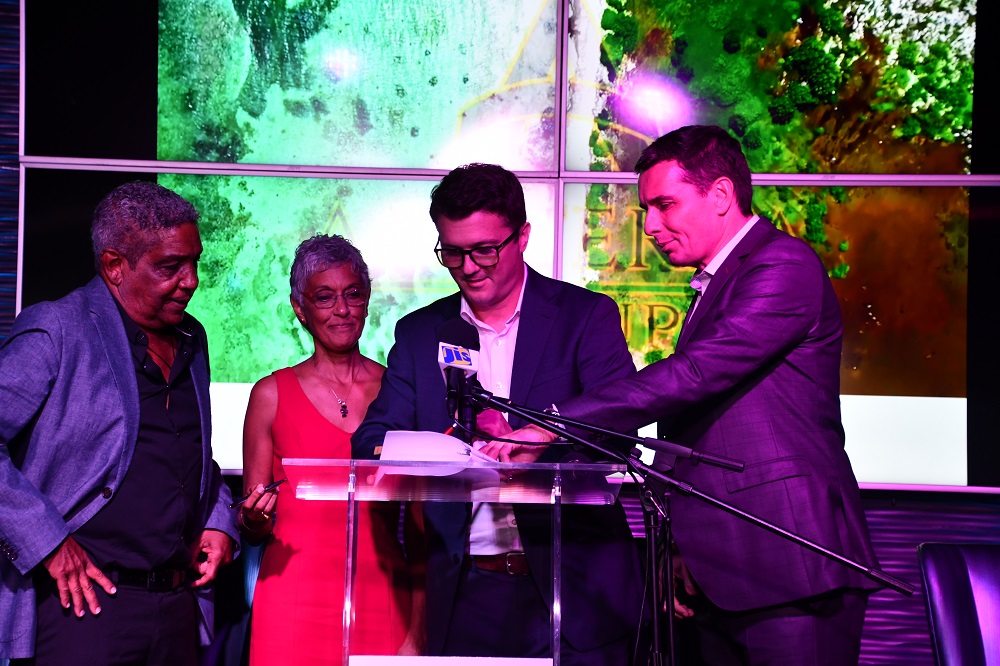 An agreement formalising the arrangement was signed during a press launch at the Hard Rock Café in St. James on Wednesday (November 13).  The project, to be sited in Trelawny, will be Amaterra’s flagship development. It will initially comprise 800 rooms, and boast two miles of white-sand beach.  Construction is expected to begin in the first quarter of 2020 and be completed in 2022.

Tourism Minister, Hon. Edmund Bartlett, who spoke during the signing ceremony, said the partnership is a “high point for our tourism investment programme”.   He emphasised that the deal is indicative of Trelawny’s repositioning as a strong tourism destination on the island.

Mr. Bartlett further pointed out that the arrangement, along with several other investments in the pipeline, will see the parish boasting close to 15,000 hotel rooms “which will make it the largest block for formal tourism accommodation within [Jamaica’s] tourism sector”.

The Minister also underscored the importance of ensuring that Jamaica’s cultural offerings, including food, are heavily incorporated in new tourism developments on the island.

For his part, Chairman of the Amaterra Group, Keith Russell, noted that the company welcomed the opportunity to be involved in the construction of Marriott’s first all-inclusive hotel, to be “built from scratch”, in the Caribbean.  He assured that the development will present new opportunities for Jamaicans.

“There will be opportunities, with due consideration to cost and to quality, to Jamaican professionals, workers, companies; [they] will be a part of this and all other things we do at Amaterra,” he said.

Meanwhile, Marriott International’s Vice President of Development for the Caribbean and Latin American Region, Brojan Kumer, said the entity was “very excited to add this project to our all-inclusive business model”.

“We are looking forward to seeing this hotel being built and opened. Our Bonvoy [loyalty] members have been waiting for some time to see a great resort in Jamaica where they can actually earn and ‘burn’ their points,” Mr. Kumer said.

He also noted that Amaterra Group’s vision and passion for Trelawny and Jamaica, as a whole, are unmatched and “we are very happy to help them as partners”.

Amaterra is developing a resort township on approximately 1,000 acres of land, which is earmarked for the development of 8,000 hotel rooms and branded residences in Trelawny.