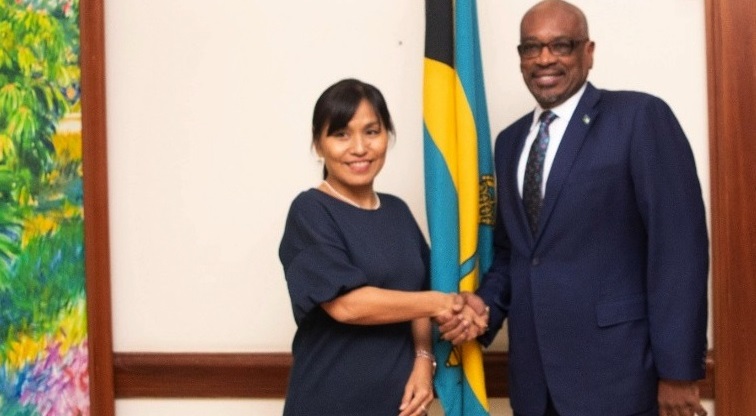 The Prime Minister and Ms. Kagoshima discussed what role the UN can play to help Haitian residents displaced by the hurricane and relief initiatives being spearheaded by UN agencies, including: UNICEF (United Nations Children’s Fund), PAHO (Pan-American Health Organization), WFP (World Food Programme) and the IOM (International Organization for Migration).

During the meeting held on Monday 25 November, Prime Minster Minnis emphasised that undocumented residents will be treated humanely.

He noted that all residents affected by Hurricane Dorian were provided with shelter, food and other social assistance regardless of immigration status following the storm, and repatriations were suspended for a period of time.

The Prime Minister reiterated that anyone living in The Bahamas without legal status will be repatriated, according to the laws of The Bahamas.

As has always been the case, Haitian residents who qualify will be provided with the opportunity to be regularised as laid out in the Constitution, said Prime Minister Minnis.

Ms. Kagoshima praised The Bahamas Government’s response to Hurricane Dorian, and thanked the Government for working with the UN.

Prime Minister Minnis thanked the UN for its continued and valuable support in the immediate response and reconstruction following Hurricane Dorian.