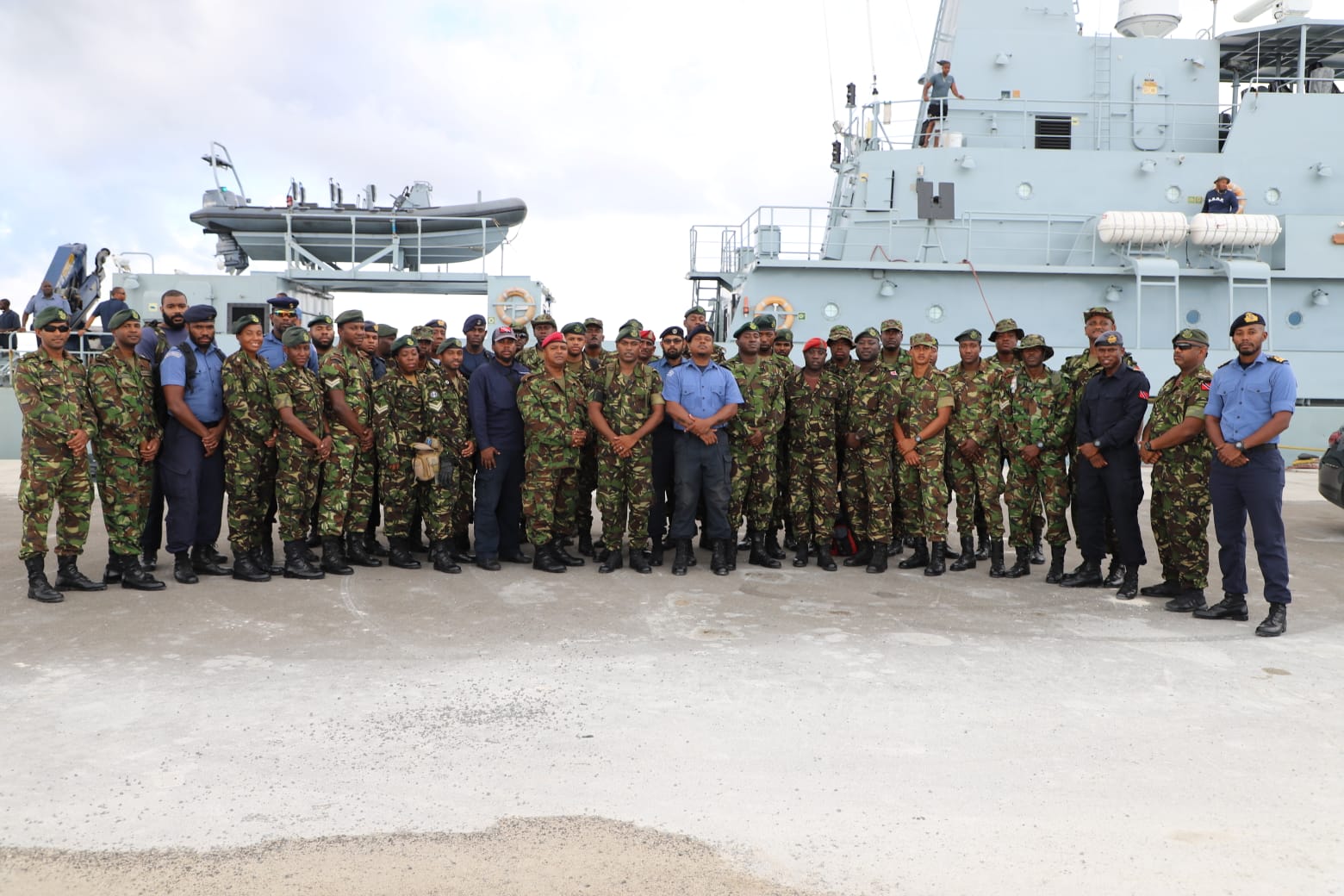 Coral Harbour Base, GB, October 9, 2019 – Bahamas – The 87-member Trinidad and Tobago Defence Force (TTDF), who were deployed to the island of Grand Bahama as part of the Caribbean Community’s (CARICOM) contribution to the hurricane relief effort, returned to New Providence on Friday (October 4th).

Led by Major Derron McClean, Task Force Commander for the TTDF, the troops arrived in the capital aboard the Defence Force patrol craft HMBS NASSAU and HMBS ROLLY GRAY under the command of Commander Chappell Whyms and Senior Lieutenant William Sturrup, respectively. On hand to greet the men was Captain Adrian Chriswell, Captain Coral Harbour.

The TTDF arrived in The Bahamas on 8th September 2018 where they were attached to the Royal Bahamas Defence Force to provide relief support to Grand Bahama as guided by the National Emergency Management Agency (NEMA).

The contingent was then deployed to Grand Bahama on the 10th September. Their main tasks included conducting damage assessments of government buildings including schools, as well as providing security assistance along with the RBDF at critical locations such as the C. A. Smith Government Complex, NEMA warehouse, Freeport International Airport and the NEMA Emergency Operation Center.

The troops also assisted with road clearing and tree cutting in Mcleans Town and effected repairs to the roof of the Jack Haywood High School and the Post Office building in Sweeting’s Cay.

On September 21, the TTDF Contingent assisted NEMA with the distribution of hurricane relief items to hundreds of persons in need at Independence Park.

The TTDF contingent were later hosted to a reception at the Defence Force Base, and were thanked by Base Executive Officer Commander Michael Sweeting on behalf of Commander Defence Force, Commodore Tellis Bethel for their outstanding service during the hurricane relief efforts.

“We are grateful for the opportunity to assist in this disaster relief efforts and appreciate the hospitality shown to us”, said Major McClean. “We are sorry we cannot stay longer, but we have to return to our country. Our thoughts and prayers are with you as you continue to recover from the hurricane”.

The contingent returns to their country on Monday October 7.

RBDF Photo 2 shows: Trinidad and Tobago Defence Force contingent on their arrival at the HMBS Coral Harbour on Friday October 4, 2019.