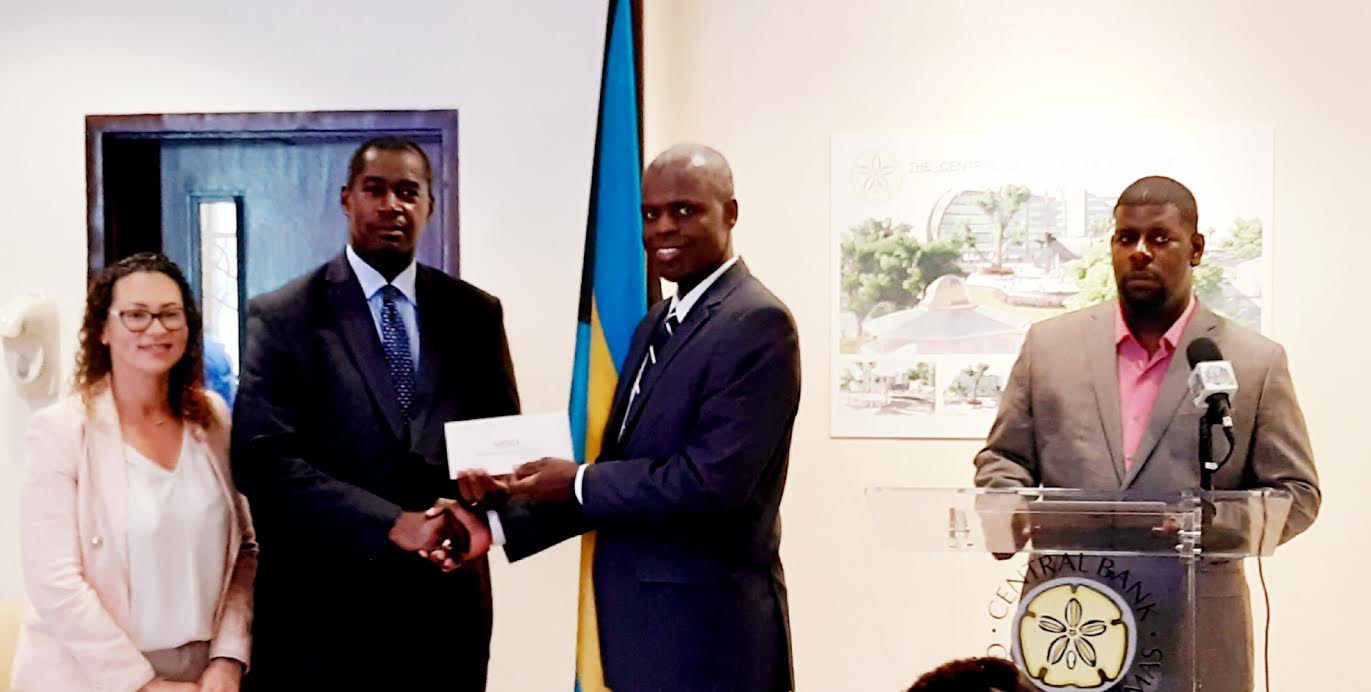 Present were Captain Stephen Russell, Director of NEMA; John Rolle, Governor of the Central Bank of The Bahamas and staff members.

Gevon Moss, Head of Human Resources, Training and Development at the Central Bank shed light on the initiative.

“We firstly want to use this opportunity on behalf of the Central Bank of The Bahamas and all of the team members to thank NEMA for the work that it is doing in the aftermath of Hurricane Dorian. We recognize the complexity and levels of responses required, the work that you do isn’t easy,” he said.

He noted that The Central Bank of The Bahamas recognizes its own corporate responsibility and acknowledges its need to respond to and use its influence in the recovery efforts.

“Secondly, we want to publicly thank the team members of the Central Bank of The Bahamas who graciously responded to the Bank’s challenge to match every dollar contributed, and today we are collectively able to present to NEMA $76,160.

“Additionally, our colleagues at the Central Bank of Trinidad and Tobago in a similar fashion, wanted to support the recovery efforts and contributed $22,091.93 (USD), to support the efforts. Just for some perspective. This works out to be almost $150,000 TT Dollars. We are happy to make this presentation to NEMA on their behalf,” Mr. Moss said.

He added that the funds, along with funds from the Eastern Caribbean Central Bank (ECCB), which is another $100,000, would be effectively used to bring help relief to the people of Abaco and Grand Bahama impacted by the Category 5 storm.

In the immediate aftermath of Hurricane Dorian, The Central Bank donated $250,000. Those funds were equally split between NEMA and The Bahamas Red Cross.

Capt Russell said that the support locally, regionally and internationally is “tremendous.”