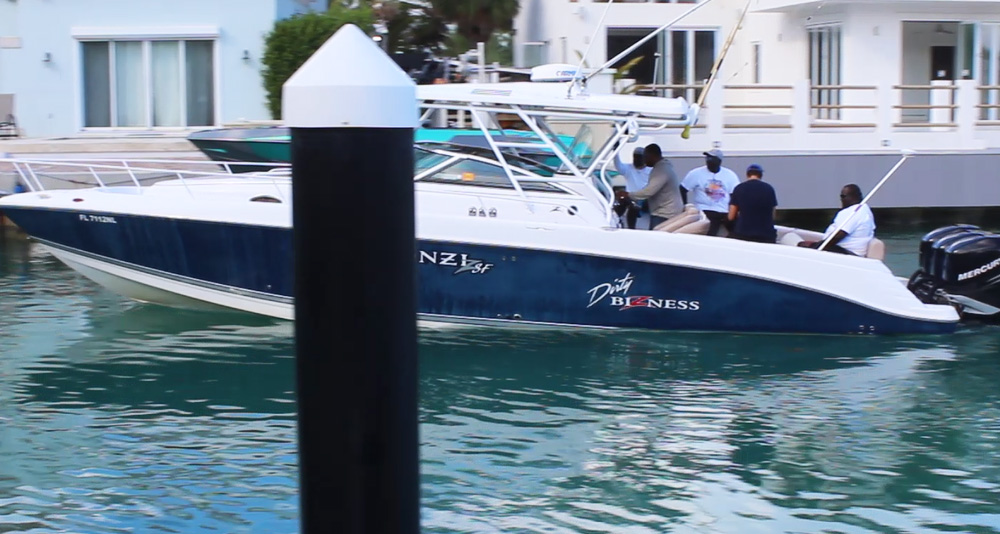 #Providenciales, September 26, 2019 – Turks and Caicos – Two search teams fanned out from two marinas in Providenciales, unprepared to give up on finding, at the very least, the body of a teenaged boy who went missing while swimming with friends last Thursday.  Most who showed up for the final search do not even know young Alandre Pierre personally.

The search for 17-year-old, Alandre Jean Pierre by a team of officials including the Marine Police, Dept of Coastal Resources, Department of Disaster Management & Emergencies, private residents and the US Coast Guard was called off over the weekend.

The boy was still unfound said a police update issued on Monday afternoon.

The family of young Pierre arranged one of the search efforts, which started at the Turtle Cove Marina with an appeal on Facebook; it was a combination of friends and strangers with one goal in mind.

“Basically, I feel as if this could have easily been one of my friends, my relatives.  I think this is a young boy who actually assisted me while I was working at the Red Cross.  He volunteered his time,” said a young woman named Kensey, who added, “Hopefully we can find closure for the family and we sympathise with the situation and a lot of us are just volunteers and this is a great way to show, you know, regardless of the fact that he was Haitian or not… it is just showing unity, that we can come together for a greater cause, putting aside all of that negative talk.”

“I was hoping we could find this kid.  I don’t know him personally, but if it was me, I would hope somebody would try to find me and not just give up in a couple of days.  It just doesn’t make sense, we are just hoping we can find him, explained Khalil Taylor, a young man who volunteered to scour Providenciales beaches and waters ways.

Even a professional swim instructor joined the search party and says the tragedy demands a sensible response; for swimming to be added to all schools’ curriculum.

“I used to swim (competitively), not a diver but I am willing to lend my expertise and hopefully we can find the guy so that the family can find closure.”

Lenin Hamilton is the swim coach and a founder of the TCI Aquatics Club; he grew up in The Bahamas though he now resides with his family in Providenciales.

“I would also suggest that between Hurricane Dorian and this event of a teen missing at sea, we should have swimming in the curriculum in case anything of these things happen again at least they will have some form of survival skills to manage rip currents like this,” said Coach Hamilton.

On the day Alandre went swimming with friends at the Bight Park beach, there were warnings of hazardous conditions, monster swells and dangerous rip currents.  The weather report advised to stay out of the water.  Now his friends, his family are devastated and bewildered.

The Turks and Caicos Boating club, left from a marina further east; the Blue Haven Marina.

“Well we have decided to give it one more shot to find the missing teen.  The TCI Boat Club has partnered with Catch the Wave charters to make one last run out there to see what we come up with,” said Albert “Froggie” Williams on Wednesday when we spoke to him.

Froggie, one of the lead organisers of the TCI Boat Club Poker Run, actually postponed the highly anticipated event to October 5 due to the rough surf and hazardous conditions caused by the storms churning in the Atlantic basin.

Froggie shared the plan for his crew of six, “We are going to follow the currents for that day but basically, we are going everywhere.”

A follow up with Froggie today revealed, that indeed Alandre was not found; the TCI Boat Club and Catch the Wave search for the teenager ended around 1:30pm on Wednesday.