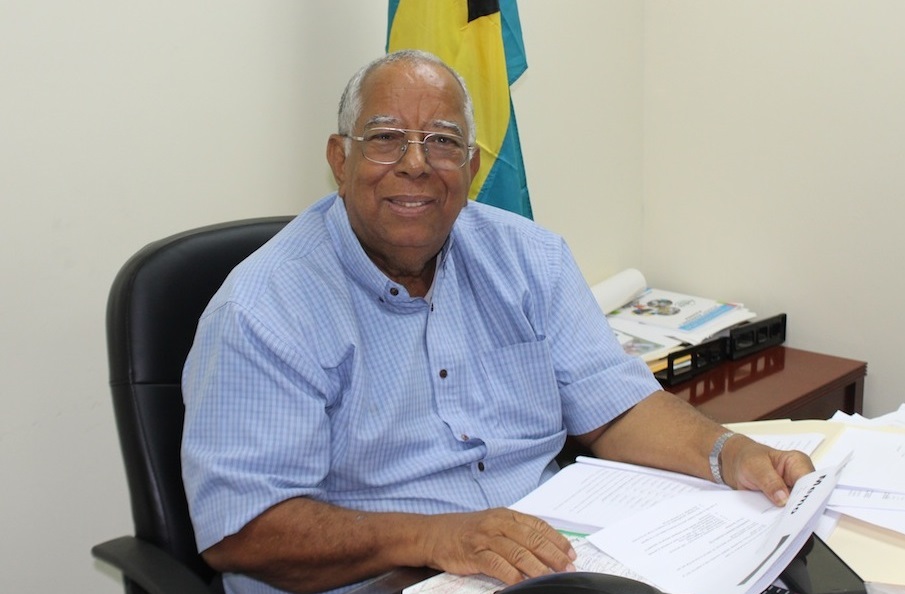 Mr. Wells served as president of BAMSI and Chairman of the Board since early 2017, only recently stepping down in July 2019 as president, but continuing on as Chairman. Under Mr. Well’s leadership, BAMSI implemented a new operating model and production cycle that secured greater financial gains for the Institute and created a more stable and secure entity for its hundreds of employees.

During his time of service to BAMSI, Mr. Wells built a legacy of outstanding service, compassionate stewardship, fiscal responsibility and forward focus. He remained committed to streamlining the lnstitute’s financial output and maximizing its production to service a growing local market.

Supporting the staff and protecting their jobs was also a high priority for Mr. Wells. His aim was to stabilize and reorient the staff, allowing them to utilize their best strengths for the good of BAMSI.

As part of his legacy, his ultimate goal was to see Bahamians achieve, and as such, he was intent on instituting a succession plan for BAMSI. Mr. Wells put in place a strong leadership team that will continue to carry out his vision- that of fiscal responsibility, a strengthened academic focus, increased production and improved employee productivity.

Under his leadership, BAMSI implemented a Business to Business model that saw a substantial increase in sales, the start of a forecasting cycle, greater focus on research and the implementation of best agricultural practices.

As a Family Island man at heart, Mr. Wells was born in Deadman’s Cay, Long Island, he understood how important BAMSI was to the people of North Andros. Not only was BAMSI providing their children with the opportunity to gain a tertiary level education in the field of Agriculture and Marine Science right at their door step, but it also provided jobs for many Androsians and allowed the community to experience an economic boom. As BAMSI grew, so did the North Andros community, new infrastructure was put in place for the North Andros campus and an influx of students, lecturers and staff needed access to housing, retail outlets and other resources.

Based on his extensive professional and political experience, Mr. Wells was able to initiate a number of capital development projects for BAMSI, including the rebuilding of the main office in the BARTAD complex in Andros, and construction of a new packing house.

Among his more important initiatives, was the establishment of the “BAMSI Gives Back” Foundation. this was the multipronged opportunity for BAMSI to positively impact the community and its staff. Starting in the early 2019s, the Foundation was a way for the Institute to help employees connect the dots between the work they do and build a stronger, food secure community, where everyone has access to locally grown, fresh and nutritious foods. Ultimately, Mr. Wells believed the experience of donating to the less fortunate and most vulnerable in society would help build a more productive, more compassionate and engaged workforce.

Perhaps most importantly, he treasured his roots in Long Island and placed a premium on the strength and resilience of Bahamian ingenuity and creativity. He will be missed, and our thoughts are with the family during this difficult time.