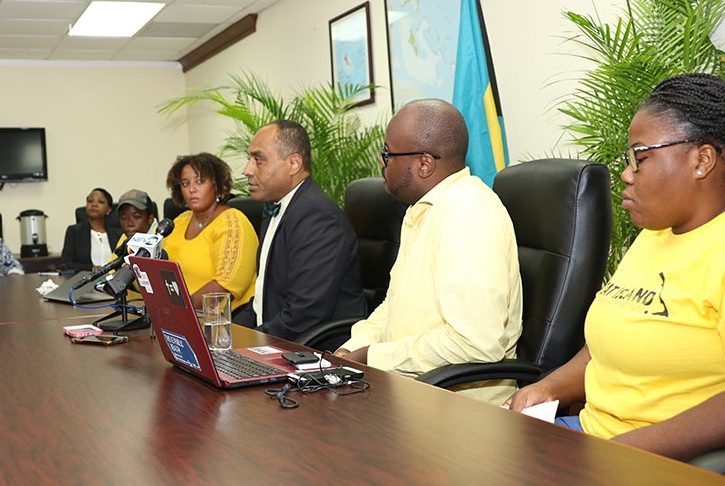 #Nassau, September 24, 2019 – Bahamas – Minister of the Environment and Housing the Hon. Romauld Ferreira has endorsed the Climate Crisis Declaration prepared mainly by the Thought Leaders and Policy Team of the Cat Island Conservation Institute (CICI), which is a nonpartisan institute that is community driven and serving.

During a press conference at his office, Friday, September 20, 2019, Minister Ferreira endorsed the Declaration as part of the Ministry’s agenda of supporting Non-Governmental Organizations who are trying to make a difference in the fight against climate change.

“We are committed to doing all that needs to be done to alleviate and remediate the effects of climate change and build resiliency for future events.”

He explained that in the beginning when climate change came up there were some skeptics out there and there still are, but the data is clear.

However, Minister Ferreira stressed that the problem with scientific evidence is that it does not give a person ethics: “It cannot tell you what to do, and what the right thing is to do, and what kind of right responses to take.”

Therefore, he endorsed the Declaration created by the CICI.

The Minister stated that the next step involves the Prime Minister making a declaration and then he would approach the Speaker of the House to do the same.  “Thereafter, we look at long-term adaption.”

Charles Hamilton, a founding Thought Leader, CICI, explained that The Bahamas, by making this declaration will show itself to be a leader as the first small island developing state and the seventh country at a national level to adopt this stance.

CIBI works in communities and co-creates programmes that help persons better understand the needs of their community.  The organization also trains community scientists who work as direct collaborators with professional scientists to gather robust and quality data required for us as a nation to make evidence based decisions.

CICI Bahamas thought leaders span various strata of society from fishermen, engineers, scientists, teachers, realtors, economists, public health, activists, and community members, and represent youth and the young at heart, who will be inheritors of a Bahamas and a planet that has to cope with the effects of climate change.