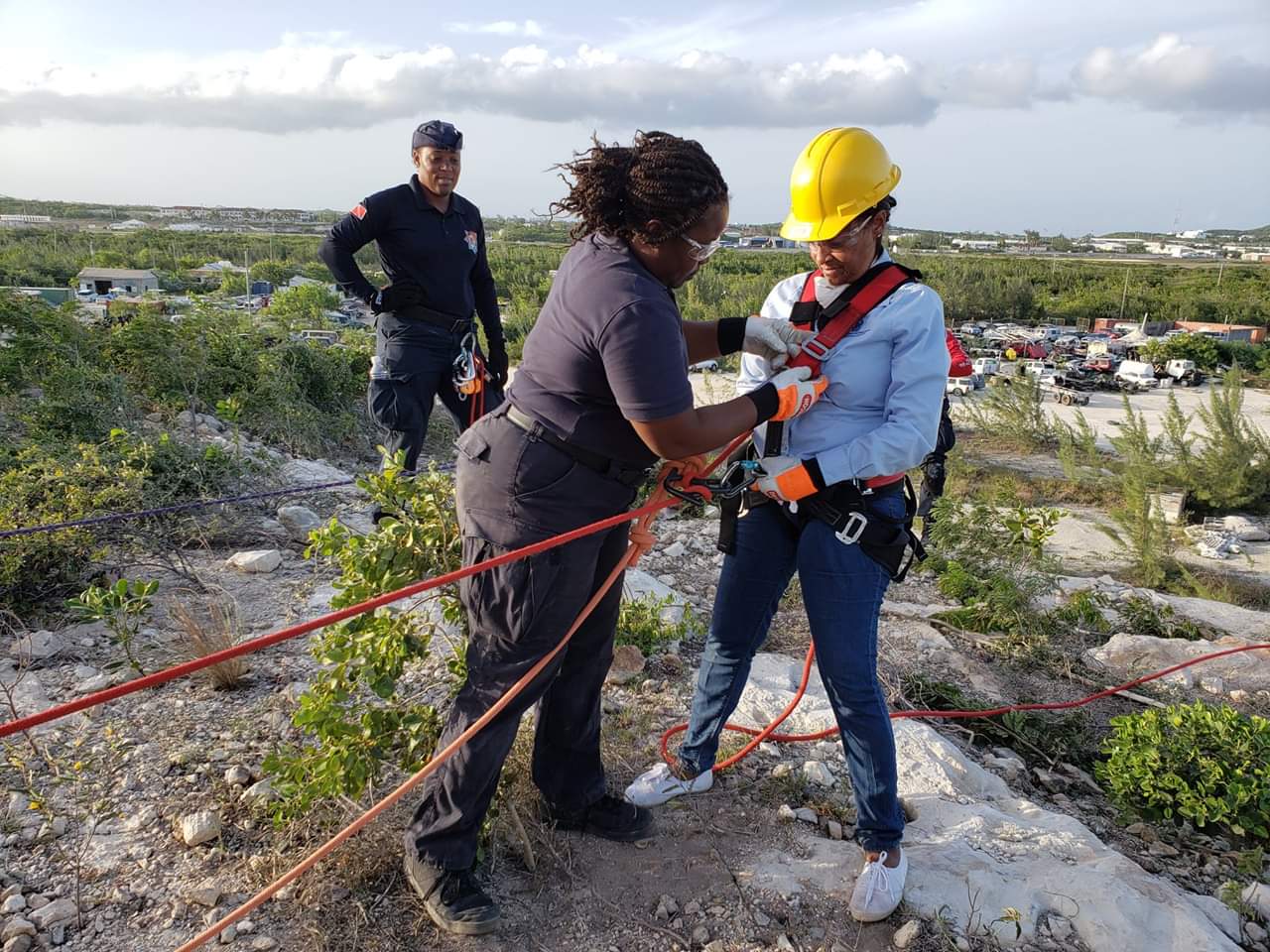 There was also a female instructor in country for the session which ran for six days and featured both indoor and field training.

Congratulations of the 20 individuals prepared for special rescues through the Department of Disaster Management and Emergencies and Caribbean Disaster Emergency Management Agency, CDEMA.

This photograph shows Allison Jon Batiste Reid of the Trinidad and Tobago Fire and Rescue Services overseeing WPC Johnson of the Royal Turks and Caicos Islands Police Force and Shirley, a volunteer preparing to rappel.