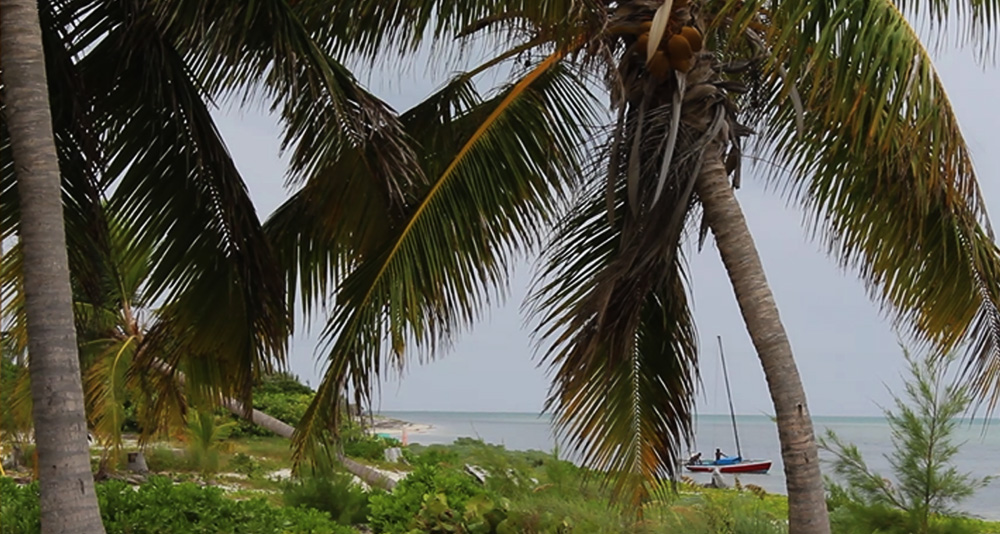 #Providenciales, August 29, 2019 – Turks and Caicos – Once Tropical Storm, now Hurricane Dorian has been a shifty system as she barrels through many of the Caribbean islands, in some cases bringing drizzles of rain and in others causing flash floods, dangerous surf conditions and mudslides.

Around 4pm on Tuesday, TCI Authorities put these islands on Tropical Storm Alert, which meant residents were expected to rush to readiness by Wednesday and feel the effects of this fourth named storm on Thursday and all-day Friday.

By 11pm Tuesday, the forecast from the National Hurricane Center based in Miami Florida, illustrated a different trajectory of Tropical Storm Dorian; a shift that took the TCI well out of its forecast cone.

By morning, the tropical storm alert for the Turks and Caicos was discontinued.

“The Bahamas Met centre confirms that the tropical storm Dorian has shifted slightly in a northeasterly direction which currently takes it out of the direct path of the Turks and Caicos Islands.  We will indeed feel some slight (weather) situation as a result of passage of Dorian, said Ralph Higgs, Minister of Tourism.

The Minister encouraged having an emergency plan and knowing your plan despite the change which has, at this time, taken the TCI out of the harm’s way.

“We must continue on the path of preparedness as you are aware we are still in the peak of our Atlantic Hurricane Season, which means from now until the end of the peak season, storms can appear on the horizon,” said the Minister who added, “If you own or operate a business familiarize yourself with your continuity plan following the passage of a storm, to ensure there is minimal loss of business in the event we are hit by a storm in the 2019 season.”

In a media debriefing held at the Governor’s Office in Providenciales on Wednesday morning; Minister responsible for disaster management, Ralph Higgs; Director of disaster management, Dr Virginia Clerveaux and Governor of the territory, His Excellency Nigel Dakin explained the decision to discontinue, what preparations had been made and even what reinforcements the United Kingdom have activated as support to all the Caribbean Overseas territories.

DDME Director, Dr. Virginia Clerveaux talked about what had already taken place in preparation for an encounter with Tropical Storm Dorian.

“We have held sub-committee meetings continuously throughout the year and we are ensuring that persons are prepared. From these subcommittee meetings we have action points that are circulated to ensure persons are doing it.  When we had those meetings, we were in touch with our CDEMA partners, they were communicating and providing us information. The Governor’s Office was very instrumental and continuously instrumental in disaster management as you know, as Director of DDME, I advise the Governor so he would have been kept abreast of every decision that is being made,” said Director Dr. Clerveaux.

The Governor, who admits this would have been his first tropical storm encounter said he was impressed with the DDME’s data driven approach to making decisions and the UK’s readiness to swiftly send help, if needed.

“What I was very reassured about is that we rapidly moved the Royal Fleet Auxiliary Mounts Bay in behind the storm, where it continues to sit so if the storm does change direction tomorrow – and it could – we’re still in a good position to bring in support rapidly behind it.”

In the TCI on Wednesday, skies were overcast, the horizon looked hazy and there was early morning light rain.  Residents remained watchful and said, they would continue with preparations just in case Tropical Storm Dorian did the unexpected; and that posture is fine by the officials.

“That forecasting may change and if that forecasting changes, then the advice may change. But I hope given that this is going to be a recurring theme in the fabric of this country that what we need to do is very carefully calibrate so that we neither over react, which in the end will destroy public confidence or indeed under react.  I think at the moment what we are trying to do is give you a very calibrated response, which we will keep under permanent review over the next few days,” said His Excellency Dakin.

At 11pm on Wednesday, ‘Dorian’ continued to shift away from the Turks and Caicos Islands and the storm grew in strength, becoming a category one hurricane.  The NHC forecasts even more intensification of Dorian.

From the National Hurricane Center: “On this track, Dorian should move over the Atlantic well east of the southeastern and central Bahamas on Thursday and Friday… Dorian is forecast to strengthen into a powerful hurricane during the next couple of days…Dorian is expected to produce the following rainfall accumulations:  The central Bahamas…2 to 4 inches, isolated 6 inches.  The northern Bahamas and Coastal sections of the Southeast United States…4 to 8 inches, isolated 10 inches. This rainfall may cause life-threatening flash floods.  SURF:   Swells around the U.S. and British Virgin Islands and Puerto Rico should gradually diminish tonight.”

Minister Higgs assured, “Your government will continue to move proactively to ensure that our country is ready to face any scenario of natural hazards in the 2019 Hurricane Season.”