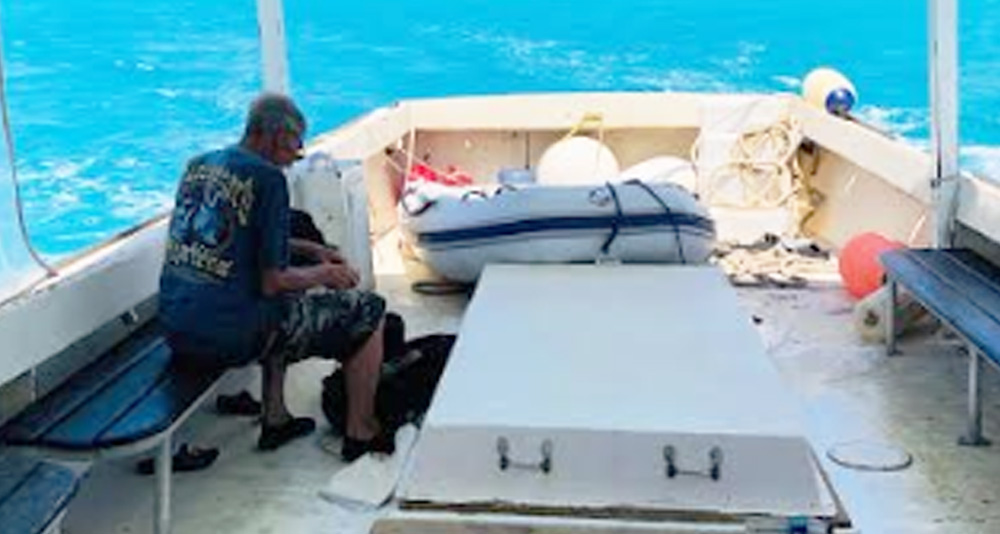 #Providenciales, August 24, 2019 – Turks and Caicos – UTaking liberty with Earnest Hemmingway’s famous novel, Old Man and the Sea we will call this matter a case of an Old Man and his Guns as TCI Police are giving an update in a shocking case of a stranded boat loaded with dangerous weapons.

The 73-year old man found stranded near Sand Cay in TCI waters is American and, in the effort to pull him and his 44ft Lucky Strike vessel to safety, a stash of guns was uncovered.

On Thursday, August 22 Police have charged the man with Keeping and Surrendering Firearm and Keeping Ammunition in connection with 12 firearms and 12 rounds of ammunition.

It was reported to Magnetic Media that US Authorities were also involved in the initial investigation.