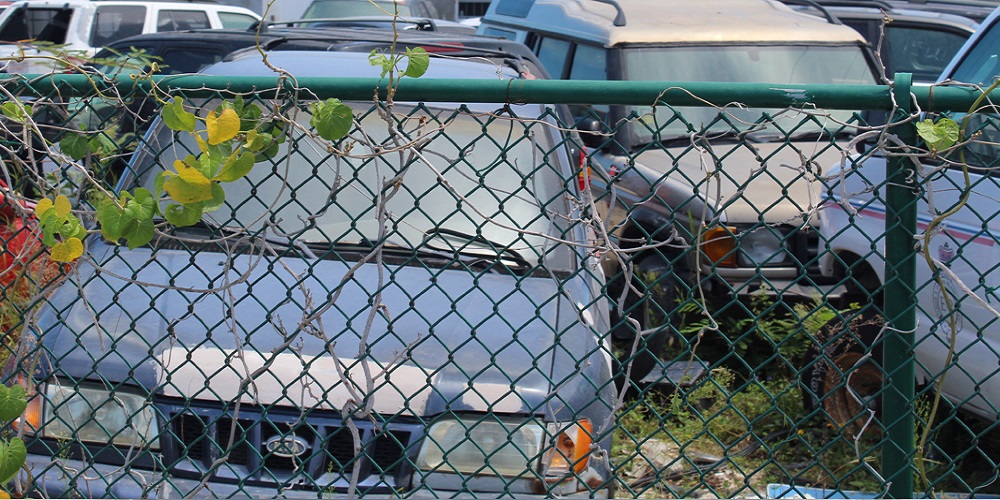 #Providenciales, August 16, 2019 – Turks and Caicos – The PDM Administration announced in the House of Assembly last week that it is creating an environment to encourage the export of scrap metal; Premier Sharlene Robinson rolled out the plan in her ministerial statement.

“Mr. Speaker, Turks and Caicos Islanders will not only have an opportunity to strive but thrive in the exportation of scrap medals.”

Zero rates to export the eyesore of derelict vehicles, for example, is likely to be welcomed news; and admittedly for the Premier, cleaning the country up is a major driver for the decisions.

“The Turks and Caicos Islands currently does not have in place an effective and enforceable regime for the disposal of imported vehicles that are at the end of their useful lives. As a result, vehicles are abandoned and left at mechanical workshops or remain on the owner’s premises. Mr. Speaker, it is not uncommon to see abandoned vehicles in vegetated areas along streets and unpaved roads throughout the Islands. These vehicles would soon become derelict/ scrap metal. Mr. Speaker, these conditions constitute a defacement of the environment becoming an ‘eyesore,’ bringing down community aesthetics and a breeding ground for mosquitos, rodents and pests. Consequently, our health is threatened.”

But there is a caveat worth the mention here; regional neighbours have found that this lucrative industry has created a new kind of crime.

Jamaica found the increased rate of theft for metals like copper soared and in 2011, scrap metal trade was banned there.  A recent announcement hinted at a return of the scrap metal industry to Jamaica, but with stringencies.

Jamaica’s Minister of Industry, Anthony Hylton is quoted in media saying, “Any proof of theft of scrap metal that is exported by the company will result in stiff penalties and cancellation of the licence to export,” he said. “The penalty will be J$5 million and the company will have to post a bond of $5 million.”

It is not just Jamaica, but Antigua, Grenada, Montserrat and The Bahamas which were all sent reeling as the scavenging was so serious that historic sites were robbed of copper artifacts and utility companies, like BahamasTelecommunications, were hit in the hunt for copper wire.  BTC was robbed of a reported $1 million in copper.

Payouts for scrap metal continue to soar; it is a good industry and sensible, profitable business.

Imagine being paid for computer motherboards, car alternators, aluminum sheets and cans, steel or cars, which iScrapp lists as attracting $110.00 for a complete car.

Scrap metal is big business and Premier Robinson, said her campaign promise was to ensure more islanders got a bite at big business.

“Mr. Speaker, my Government was approached by several persons in the community seeking ways to partner with the Government to assist in the removal of scrap metal and derelict vehicles. My Government immediately explored possibilities and created a policy which would assist in meeting the environmental challenges whilst creating opportunity for the local businesses.”

The TCI must obviously ensure its laws discourage illegal activity in this new scrap metal industry, but for now, the Premier is calling it a ‘win-win’ for business and environment.