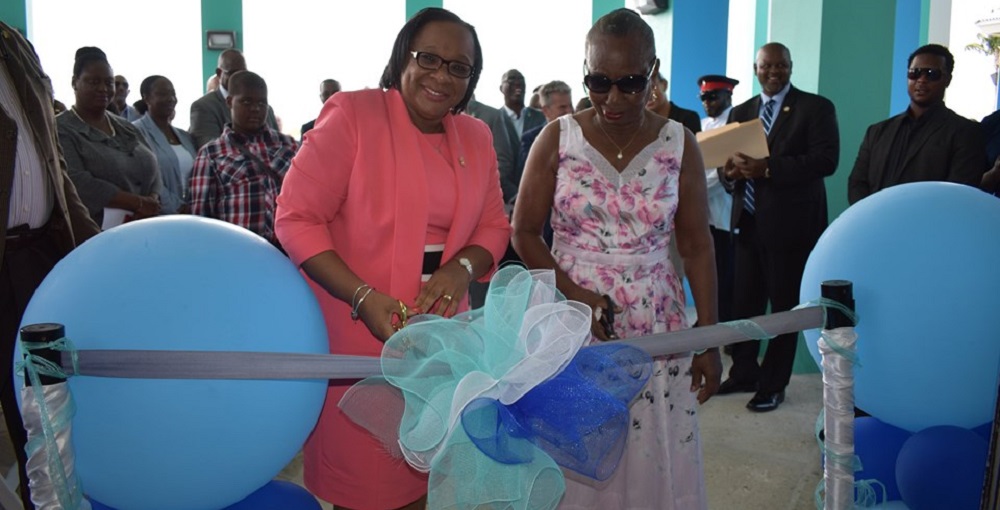 Grand Turk, August 3, 2019 – Turks and Caicos – Another few weeks and more of the work to refurbish the JAGS McCartney International Airport in Grand Turk will begin, said Hon Sharlene Robinson, who is also minister with responsibility for ports.

“This reopening ceremony marks the end of this era and my Government is thrilled to be a part of this moment. We know that this was a sore point for those visiting and residing in Grand Turk and we are so happy with the end product which was certainly worth the wait.”

A delightful re-opening service, held on Tuesday July 30, 2019 attracted country dignitaries and residents of Grand Turk to the site which suffered a severe pounding first in Hurricane Irma of September 7, 2019 and then Hurricane Maria, two weeks later.

“As Minister with responsibility, I know that over the life of this airport contract, we endured further challenges and I pause to thank TCIAA CEO Mr John Smith, the board and his team for the steady hand of leadership, that I knew and felt many times got weary during the process. I celebrate today with them and then of course with the people of Grand Turk and users/visitors to the island who had to endure the inconvenience of using only a portion of the airport and the exterior to access travel service.”

Premier Robinson addressed the long-standing issue of displaced fire fighters; who had been in a makeshift home due to damages wrought in 2008’s Hurricane Ike.

“My Government looks forward to completing the full redevelopment of this facility, the exterior works and the rebuilding of the Fire Hall which will commence in a few short weeks. I know that the fire fighters who have been displaced since hurricane Ike, are indeed excited by this news.”