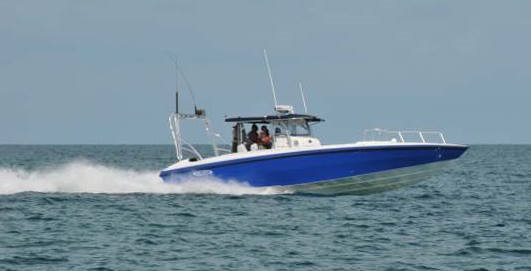 #Providenciales, August 3, 2019 – Turks and Caicos –The Turks and Caicos Marine Police Officers and the Royal Bahamas Defence Force both found themselves thwarting illicit activities on the waters on the first two days of August.

An American man and 12 Haitian migrants were arrested in Bahamian waters on Thursday morning; the group was found around 7:30 in northern Abaco, near Grand Cay with suspected marijuana.  The arrest in the Bahamas was a joint operation involving Customs and Immigration.  The drugs and men have been turned over to Bahamian police.

In the Turks and Caicos, 114 illegals were arrested when they tried to land undetected in Providenciales. The Coastal radar alerted the marine police.  The group was captured around 6 am Friday morning in an area known as the Bluff.  All 84 males and 30 females are now detained and will be repatriated, said authorities.

A post by new governor, His Excellency Nigel Dakin, shows him on the scene when the migrants were towed in at South Dock. The Governor framing the landing this way on Instagram; ‘this is what modern-day people trafficking looks like’.