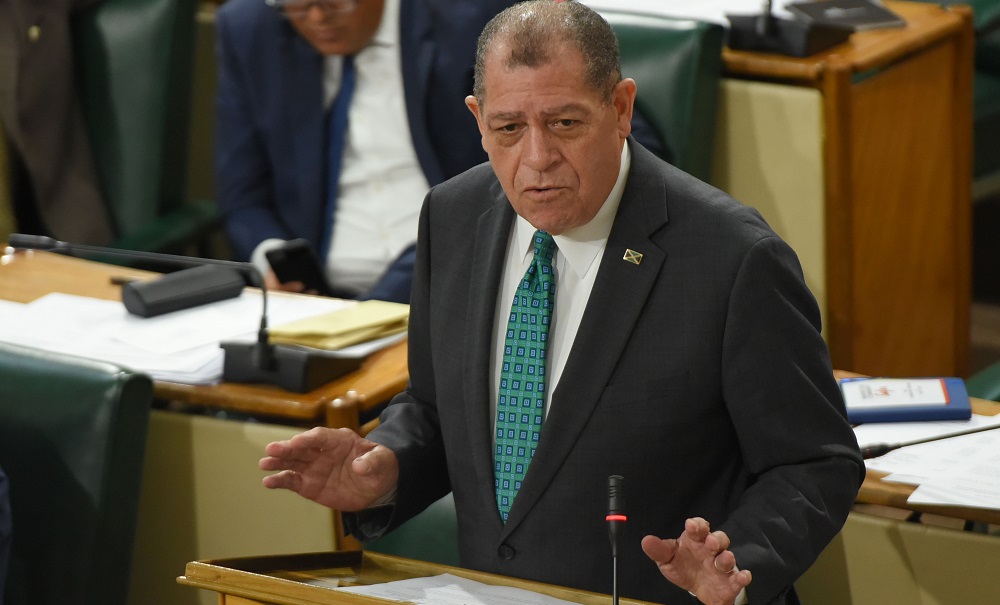 #Kingston, August 1, 2019 – Jamaica – The Ministry of Industry, Commerce, Agriculture and Fisheries, through the Rural Agricultural Development Authority (RADA), is spending $15 million to assist farmers affected by the ongoing drought.

Portfolio Minister, Hon. Audley Shaw, said a proper assessment is being done to determine further assistance or interventions.  In a statement to the House of Representatives on Wednesday (July 31), Minister Shaw also informed that under the Ministry’s Production Incentive Programme, some $19.95 million is being allocated via the Members of Parliament (MPs) to assist in providing inputs to farmers islandwide.

Mr. Shaw informed that based on an assessment by RADA’s technical team, there has been less than required rainfall in all parishes.  He noted that an estimated 5,600 farmers have been affected with losses of 500 hectares. The crops mostly affected include vegetables, condiments, fruits, cereal roots and tubers.

Additionally, 99 farmers in the parishes of St. Andrew and St. Thomas have sustained an estimated loss of $20.9 million as a result of bush fires. The crops impacted are coffee and fruit trees, as well as farm buildings, goats and pasture lands.

“I wish to extend greatest sympathies to our farmers and their families who have been affected, even as others continue to prepare for what lies ahead. Let me assure our farmers that our team of officers from RADA is on the ground and the Ministry is paying the keenest attention to this situation,” Mr. Shaw said.

As it relates to the availability and cost of produce, the Minister advised that there is a trending increase in prices of agricultural food items, to include vegetables and tubers.

“However, there will be no need for any large-scale importation of these items as our valued farmers have been responding to the need for increased production and, with the assistance being provided, are expanding production in our irrigated areas,” he noted.

Meanwhile, the Ministry is now engaged in a number of long-term strategies to address the challenges associated with climate change.  These strategies include the buildout of the irrigation infrastructure as exemplified by the Essex Valley Agriculture Development Project, with the aim of reducing the water-related challenges being faced by the over 700 farmers of Essex Valley, St. Elizabeth.

He also noted that the improved irrigation systems on about 700 hectares of land are to include the development of a climate-resilient off-farm irrigation system consisting of six irrigation wells and restoration of approximately 30 kilometres of farm/community roads.

“Work is currently well under way on the Essex Valley Project, with four of six wells drilled and land surveying fieldwork completed. We are confident that the Essex Valley project will unleash a new wave of agricultural development in Essex Valley and bolster the agriculture growth targets of the country,” Mr. Shaw said.

The Government is also addressing small-scale irrigation needs of farmers across the country and, through the Jamaica Social Investment Fund (JSIF) and the Caribbean Development Bank (CDB), handed over drip irrigation systems to benefit some 300 farmers in South St Elizabeth.

“It is also through a grant of approximately £17.5 million from the United Kingdom Caribbean Infrastructure Fund (UK-CIF), administered by the CDB, that the Ministry will be developing and initiating the development of arable lands in St. Catherine and Clarendon under the proposed South Plains Agricultural Development (SPAD) Project,” Mr. Shaw said.

In addition, the Minister said he is making formal approaches to the Food and Agriculture Organization of the United Nations (FAO) and the UN Green Climate Fund for assistance in identifying small portable drip irrigation systems to assist the small farmers.

“I am also putting together an ambitious National Fruit Tree Planting Programme that will lead to a more dynamic fruit industry for local consumption and export as well as assisting in our reforestation efforts at the same time,” Mr. Shaw noted.