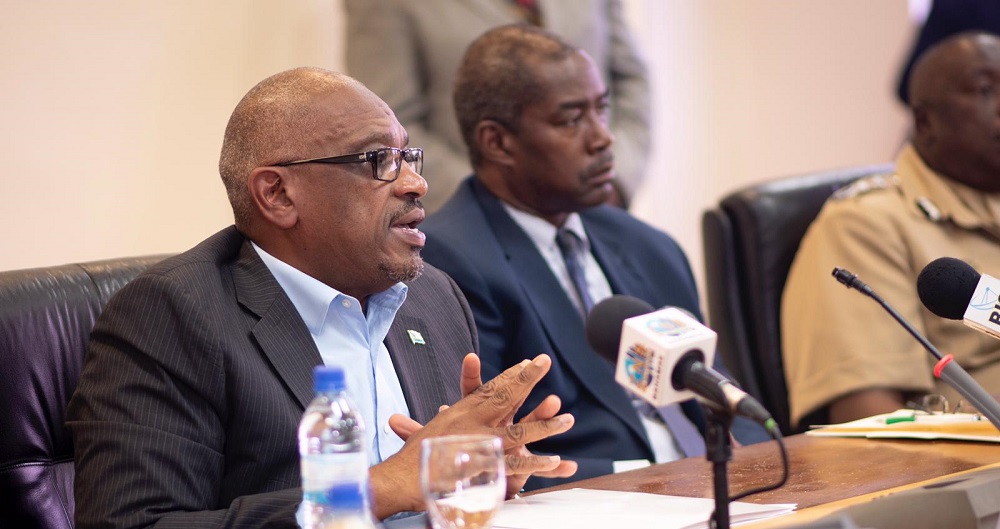 #Nassau, August 30, 2019 – Bahamas – Prime Minister the Most Hon. Dr. Hubert Minnis announced the emergency evacuation of residents of the northern cays of Abaco to mainland Abaco, and urged residents of West End, East End and Sweeting’s Cay and Water’s Cay in Grand Bahama to move to the interior of the island.

“Let me be extremely clear, those who refuse to evacuate, place themselves in great danger from this very powerful and potentially life-threatening hurricane, which will bring dangerously strong and high storm surges – one of the greatest threats from a hurricane,” Prime Minister said today at a 12pm live national press briefing on Hurricane Dorian.

The Prime Minister reminded residents that emergency personnel and assistance will be unavailable during the immediate impact of the hurricane for those in the projected path who do not evacuate.

Those who are evacuating should secure and bring identification with them, including passports, NIB cards and other forms of ID, as well as medication, clothing and toiletries adequate for several days.

“Hurricane Dorian is forecasted to become a Category 4 hurricane with sustained winds of approximately 140 mph, with stronger gusts. Dorian is moving slowly, which adds to the danger of this very powerful storm,” said the Prime Minister.

A Hurricane watch is now in effect for the islands of the Northwest Bahamas, including Abaco, Grand Bahama, Bimini, the Berry Islands, North Eleuthera, North Andros and New Providence.

Hurricane Dorian is expected to cross Abaco and the Abaco cays, and is also expected to impact most of Grand Bahama, starting Saturday into Sunday.

“Let me again emphasize that because of the wind speed, rain and expected storm surge, mixed with the spring tide, this is a very powerful and extremely dangerous hurricane,” said Prime Minister Minnis.

A storm surge of 12-15ft is expected and may be exacerbated by the current Spring Tide. New Providence, and other islands in the northwest Bahamas are expected to experience tropical storm winds.