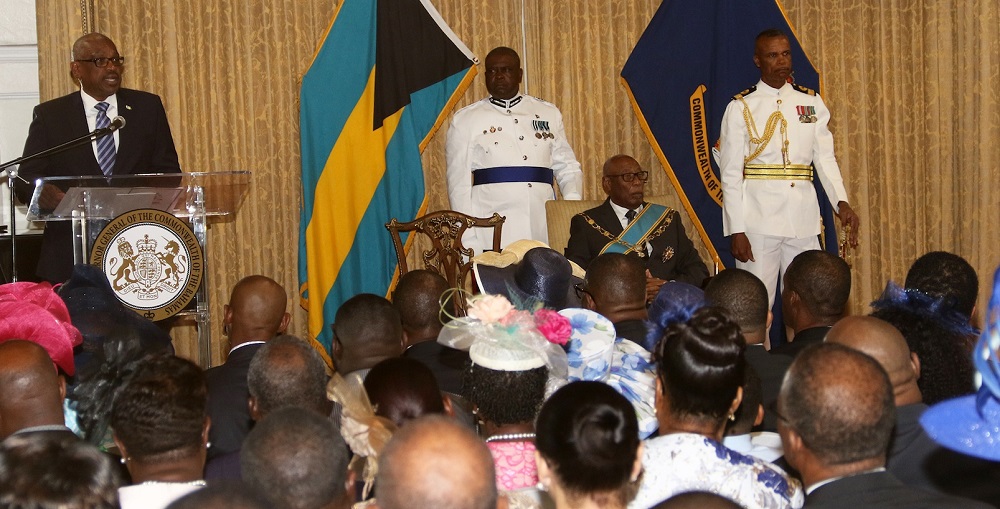 #Nassau, August 2, 2019 – Bahamas – “Service to one’s country is among the highest attributes of a committed and engaged citizen.  Today, we are here to recognize seven citizens who devoted their full measure in service of their fellow-citizens, ” said Prime Minister the Most Hon. Dr. Hubert Minnis as he thanked honourees for their dedication and commitment to national service.

He made the acknowledgements in his remarks during the 2019 Queen’s New Year Honours Investiture at Government House, August 1, 2019 during which citizens received awards from Her Majesty Queen Elizabeth II, presented by Governor General, His Excellency the Most Hon. Cornelius A. Smith.

The Prime Minister first acknowledged the words of His Excellency Cornelius A. Smith during his swearing in as Governor General, recently, when he pledged, “to renew bedrock values such as altruism, empathy and generosity of spirit….”

Said the Prime Minister, “I note that today’s honourees exemplify this spirit of service, altruism, empathy and generosity of spirit. They exemplify the best of the human and the Bahamian spirit.”

Secretary to the Cabinet Camille Johnson received the Companion of the Most Distinguished Order of St. Michael and Saint George (CMG).

“Because of her service, professionalism and expertise it was my privilege to recommend her appointment as Secretary to Cabinet,” the Prime Minister said.

Receiving The Most Excellent Order of the British Empire (OBE) honour are those who rendered contributions to public service outside the Civil Service.  They are:

Those receiving the British Empire Medal (BEM) this year:

The Honourable Janet Bostwick received her appointment as Dame Commander of the Most Excellent Order of the British Empire at an Investiture at Buckingham Palace, London, on March 28, 2019.

Said the Prime Minister: “As I have noted on a previous occasion, a nation’s wealth cannot be solely measured in terms of economics and natural resources.  A nation’s wealth and well-being must equally be measured by the quality of service and generosity of its people in the promotion of the common good.”

He continued, “In honouring those who served with distinction we offer current and future generations fine examples of national and community service.

“To those so honoured:  I am sure that your families, friends and colleagues are quite proud of you.  In honouring you, we are also acknowledging their contributions to your life journey.”