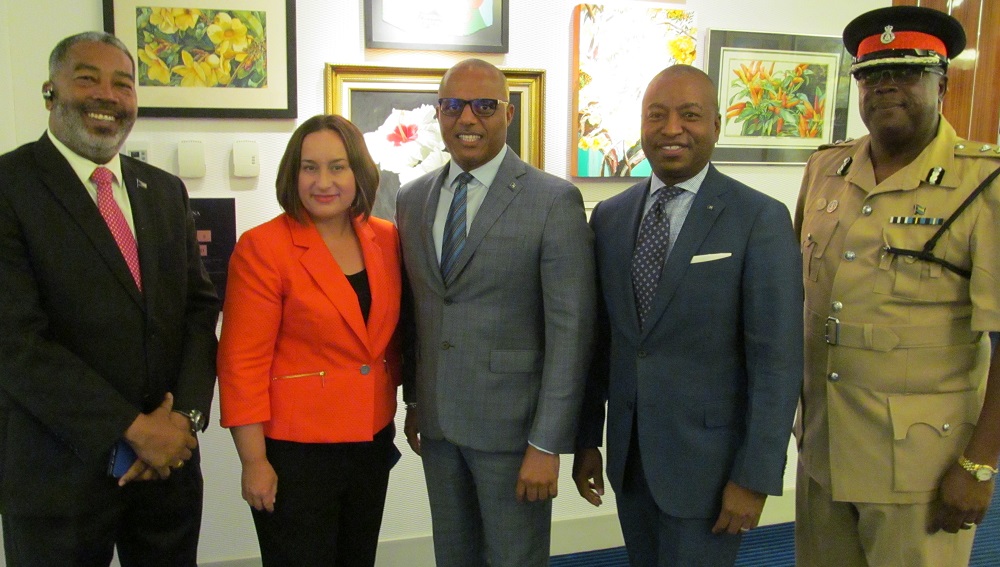 #Nassau, August 22, 2019 – Bahamas – Minister of Social Services and Urban Development, the Hon. Frankie A. Campbell, applauded Wednesday’s Contract Signing that established Marco’s Alert in The Bahamas as a “giant step forward’ in the government’s commitment to ensuring that the requisite social protection systems are in place for all of its citizens, particularly the children.

Minister Campbell said the signing will play a vital role in the thrust to ensure safe communities, safe spaces and secure places for Bahamian children.

The Bahamas joined the list of countries around the world that have implemented a Warning System for missing children. The MARCO in Marco’s Alert stands for: Mandatory, Aggressive actions for Rescuing, Children Operation. The alert is a partnership that involves law enforcement agencies, media houses, corporate Bahamas and members of the general public to provide assistance once an urgent news bulletin broadcast over the airwaves and social media is sent thereby asking for assistance to find missing, and/or abducted, children.

Senior officers from the Children and Family Services Division, which includes the Child Protection Unit, Department of Social Services and the Community Affairs Division, in addition to those from the Trafficking in Persons (TIPS) Unit, and Research and Planning Unit, were also in attendance, along with officials from the National Child Protection Council (NCPC).

“Today’s signing of the Marco Alert is significant in so many ways in terms of the added protection it brings for our children,” Minister Campbell said. “It is also significant as an additional crime-fighting tool for law enforcement officers, and it is significant as to the hope that it brings to us here in Social Services, particularly members of the National Child Protection Council whose primary focus is to find ways through which they can keep our children safe.

“It is a tool that will act as a preventative measure because now kidnappers and child abductors will think twice knowing that there are measures in place to bring about speedy recovery of children if, God forbids, an acts occurs as it will provide an avenue, an opportunity, for everyone in our society to play a role in ensuring the safety of our children.”

Minister Campbell said the “sheer numbers” of officials from the ministry and its departments, divisions and units attending Wednesday’s contract signing, was another “clear indication of how much this contract signing means to us at Social Services.”

“We knew of the work that was being done by the Ministry of National Security to bring the establishment of the Alert to fruition in the shortest possible amount of time, and so we are grateful and happy that their work has come to fruition,” Minister Campbell added.