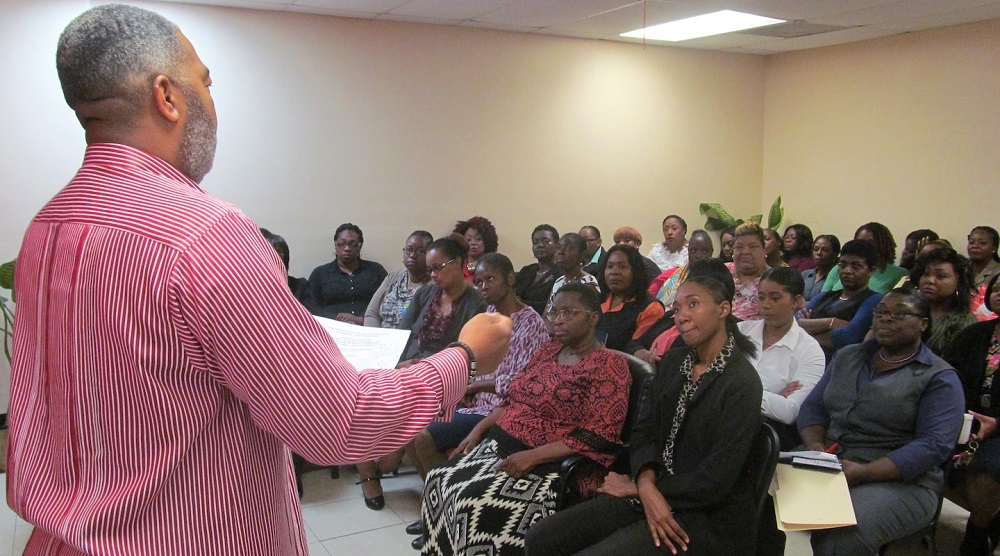 #Freeport, GB, August 7, 2019 – Bahamas – Minister of Social Services and Urban Development, the Hon Frankie Campbell, told staff of the Department of Social Services, Grand Bahama, that the Ministry is “at the closest point it’s ever been” to establishing a Career Path for Social Workers.

Minister Campbell recently completed year one as the Minister of Social Services and Urban Development, assuming the post in July 2018.  He said Ministry officials have been “assiduously working” to address the concerns of staff – among them, the establishment of a career path for social workers which has been “a long-standing issue” for social work staff across the Commonwealth.

“We have made tremendous efforts to ensure that it happens. We signed off on resources for the groundwork to be completed, and while it did not happen in this budgetary period, we were far enough along to be able to say that this is the closest it has come to making the establishment of a Career Path a reality.”

Minister Campbell urged staff to seek out, and take advantage of the requisite, recognized, training opportunities available at various levels – including online opportunities – in order to best position themselves to meet any requirements laid out in the Career Path.

The announcement came during a two-day field trip to Grand Bahama that concluded on Thursday (August 1).  During that time, Minister Campbell met with staff of the Department of Social Services. He also toured the various facilities in which staff are located, in addition to conducting tours of the Homes with which the Ministry has developed partnerships, and/or outright manage.

Minister Campbell arrived in Freeport on Wednesday, July 31. The Minister is using the break in the proceedings of the House of Assembly to continue planned field trips to the various social services and urban development locations throughout The Bahamas in order to hold face-to-face meetings with staff, while further affording him the opportunity to meet with residents and clients in an effort to ensure continued efficiency of services everywhere.