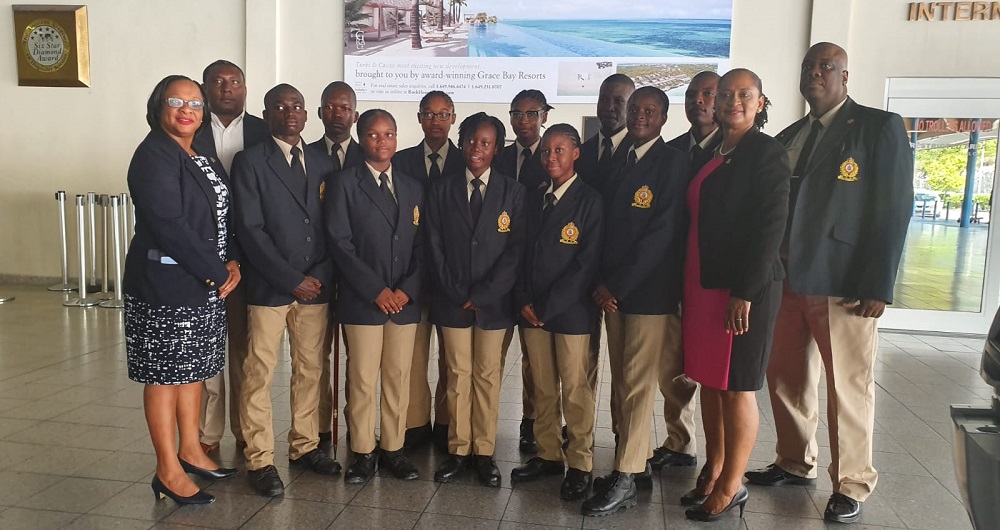 While in Jamaica, the Cadets will undergo a three- week adventurous training program covering Mass Casualty, Introduction to aviation, Kayaking, Survival at sea, and Basic Rescue Operations and other courses. They will also participate in the Jamaica 57th Anniversary Independence Day Parade and a Shooting Competition.

Premier, The Hon. Sharlene Cartwright- Robinson and Minister of Education Youth, Sport and Library Services, Hon Karen Malcolm were present to give support and bid the youngsters farewell.

Meanwhile, some seventy-five members of the Turks and Caicos Islands Cadet Corps are currently participating in a local Camp, held at the Long Bay High School. These Cadets are being trained in leadership, Field Craft, Map Reading, Orienteering, and First Aid amongst other courses.

The Camp will come to an end with a Closing Ceremony at the Long Bay high school on Wednesday, July 24th, 2019 at 5:30 p.m. Some of the highlights at this Ceremony will see the launching of the Sea Cadet Program, the relaunching of the Cadet Band and presentation of the new cadet uniform.

The General public is invited to attend.