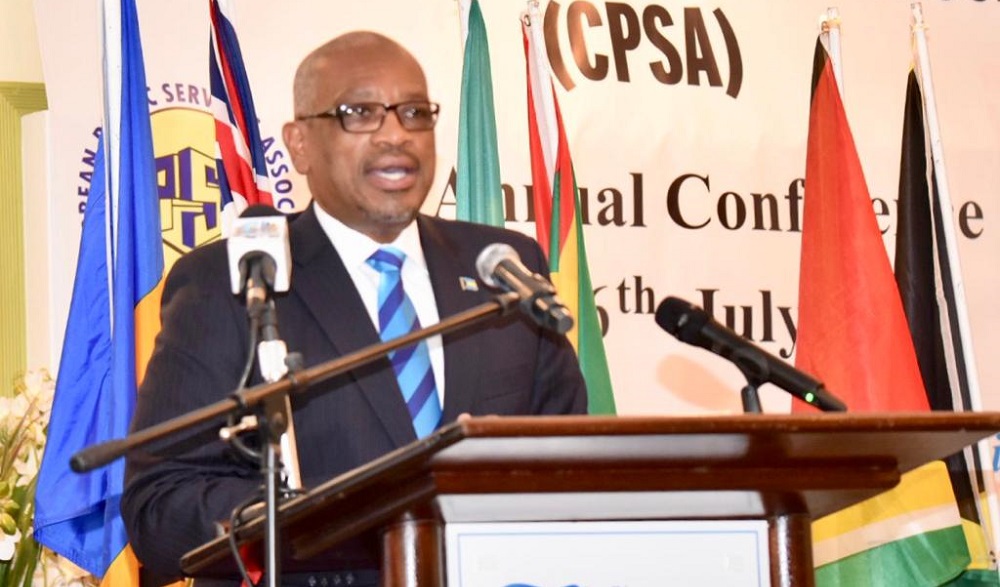 #Nassau, July 23, 2019 – Bahamas – The government will embark on an e-Cabinet programme aimed at increasing the efficiency in the Public Service, Prime Minister the Most Hon. Dr. Hubert Minnis has announced. He was addressing the Caribbean Public Services Associations 49th Annual Conference held Sunday, July 21, 2019 at SuperClubs Breezes on Cable Beach.

In welcoming Caribbean delegates to the occasion, the Prime Minister also shared his government’s plans towards a more modern and efficient Public Service.

“The great contemporary challenge for governments and public officers in our region is the promotion of 21st Century governance.

“Such governance must be built on the platform of a service culture characterized by effectiveness, the application of appropriate technology, open government and accountability,” the Prime Minister said.

He shared with the association, some forward-looking areas his government is promoting as a part of its mission to foster 21st Century governance in The Bahamas.

“Further, to help lead our modernization and digital transformation by example, we will implement an e-Cabinet program that will increase the efficiency in government.

“This program will cause Cabinet memoranda and decisions to be paperless.  Our decisions and the implementation of those decisions should be faster and more efficient,” the Prime Minister said.

To ensure greater equity and broader access to technology by all Bahamians, regardless of economic standing, he noted that the Government of The Bahamas is introducing a variety of measures.

“We are pleased that our mobile operators have begun to deploy WIFI services on buses,” the Prime Minister said.

“We are working to have widespread access to WIFI services in the parks and public spaces within the inner-city of New Providence, with a view to free WIFI in certain communities.”

He also revealed that technology would be deployed to help citizens improve their communities, such as reporting the location of potholes or other matters to the relevant government agencies through their smart and/or mobile devices.

“Innovation, creativity, disruption and transformation are words usually not associated with government but this must change in order to promote 21st Century Governance,” the Prime Minister said.

He shared that soon after coming to office in 2017, he created the Prime Minister’s Delivery Unit (PMDU).  This unit, which had its genesis in the United Kingdom, was created to help ministries and governmental agencies to deliver concrete results in a number of key priority areas.

There are five main functions of the PMDU, which include planning, generating performance insights, problem solving, capacity building, and coordination.

These functions are achieved by:

Other areas are energy reform, modern infrastructure, and the modernization and digitization of government services.

“We are embarked also on a renewable and solar energy revolution, with our Family Islands all eventually supplied by renewable energy,” the Prime Minister said.

“We are building on the work of former governments to give the Bahamian people and residents the infrastructure that will boost equality of life and enhance economic development,” the Prime Minister said regarding modern infrastructure.

“In this spirit, a government may have the best intentions in terms of developmental goals, policies and programs.  But good governance requires accountable governance,” the Prime Minister said.