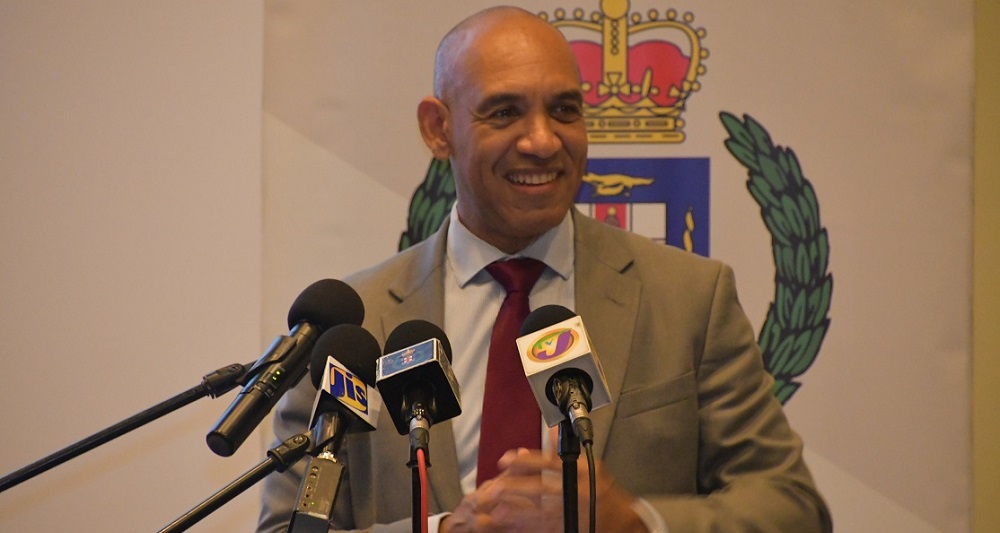 Montego Bay, July 17, 2019 – Jamaica – Commissioner of Police, Major General Antony Anderson, is imploring police personnel to observe the established rules and regulations of the force when executing their duties.  He said that indiscipline on the part of the police undermines the core values of the Jamaica Constabulary Force (JCF), noting that at all times, citizens should be treated with respect and their rights observed.

“We have to be a force for good. We have to have respect for everyone. There’s no reason to disrespect people whether it’s a member of the public, whether it is your subordinates or it’s each other. There’s no part of the job that requires disrespect.

He was addressing senior officers at the Annual General Meeting (AGM) of the Police Officers’ Association (POA) at the Iberostar Rose Hall Hotel in St. James on Friday (July 12).

Major General Anderson told the police officers that they must respect the rule of law at all times.

“Whatever the circumstance that we find ourselves in when policing… we are going to deal with it within the rule of law, and when the laws don’t give us enough power to do what we need, we put in recommendations to get laws changed,” he said.

He noted that a police force that operates under the rule of law is one of the cornerstones of thriving societies.

Major General Anderson urged the senior police officers to play their part in the renewal and transformation of the JCF.

5252: Commissioner of Police, Major General Antony Anderson speaking at the Annual General Meeting of the Police Officers’ Association (POA) at the Iberostar Rosehall Hotel in St. James on July 12.