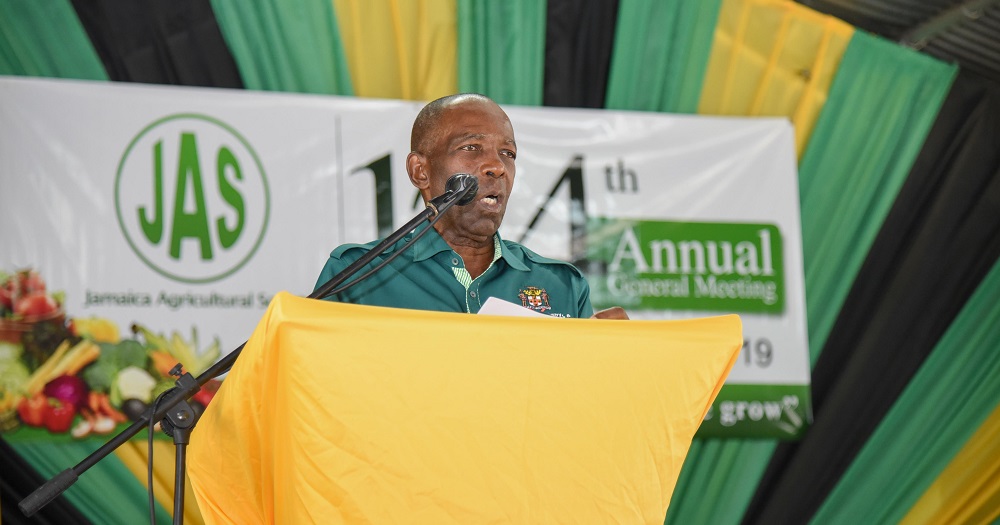 #Kingston, July 15, 2019 – Jamaica – The Government intends to make changes to the Agricultural Produce Act before the end of the year in order to enable farmers to recover the full cost of stolen produce.

The proposed amendments include increasing fines from $250,000 to $3 million, expanding the definition of praedial larceny, and simplifying the procedures for registering and licensing all handlers of agricultural produce.

Minister without Portfolio in the Ministry of Industry, Commerce, Agriculture and Fisheries, Hon. J.C. Hutchinson, said that the existing fines do not serve as a deterrent against praedial larceny.

“When they (praedial larcenists) are fined, it’s just like a tap on the wrist and they go and steal again,” he noted.  “Anybody that is caught must pay the farmer the cost of whatever they have stolen,” he said.

Minister Hutchinson was speaking at the 124th Annual General Meeting of the Jamaica Agricultural Society (JAS) held at the Denbigh Showground in Clarendon on Wednesday (July 10).

JAS Chairman, Lenworth Fulton, said his organisation is committed to fighting praedial larceny and assisting farmers affected by the crime.

“We are a trustee of Crime Stop, and every President of the JAS has kept the issue of praedial larceny on the front burner,” he noted.

Header: Minister without Portfolio in the Ministry of Industry, Commerce, Agriculture and Fisheries, Hon. J.C. Hutchinson, addressing the Jamaica Agricultural Society’s 124th Annual General Meeting on Wednesday (July 10), at the Denbigh Showground in May Pen, Clarendon.