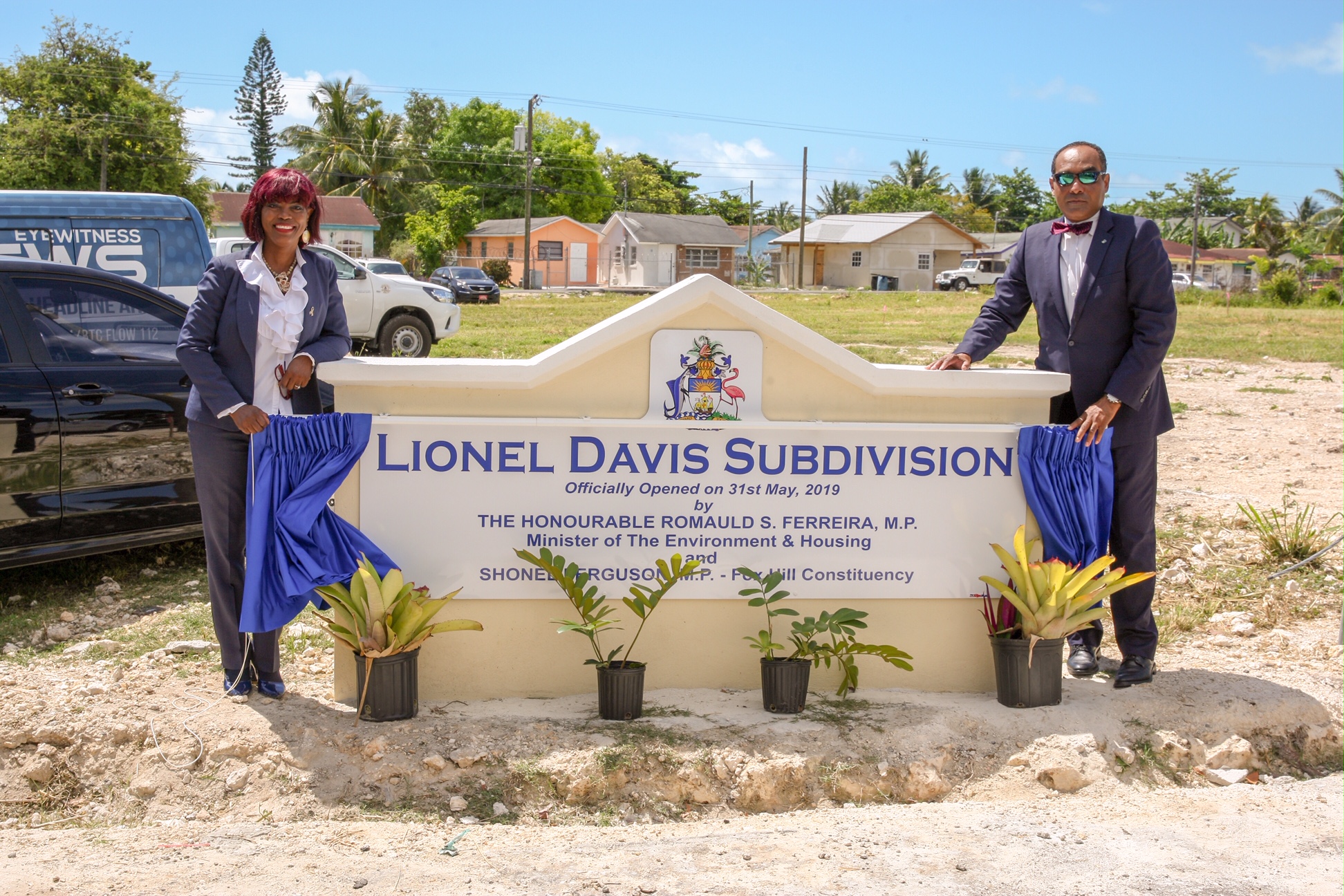 #Nassau, June 3, 2019 – Bahamas – Minister of the Environment and Housing the Hon. Romauld Ferreira said the Government continues to address the needs of Bahamians by ensuring that eligible Bahamians are afforded the opportunity to own land in the country.

Minister Ferreira brought remarks during the Opening of the Lionel Davis Estate, Fox Hill, Friday, May 31, 2019.  The Opening launches the Government’s third Serviced Lot Initiative.  The Housing Minister explained that the Department of Housing Engaged in a rigorous exercise to locate available land in the Fox Hill community.

“From early 2014, the technical staff at the Department commenced preliminary works to ensure this subdivision became a reality.  The land was cleared and surveyed and subdivision plans were approved.”

He added, “Once the land was conveyed from the treasurer to the Minister responsible for Housing, the necessary infrastructure was installed.”

Minister Ferreira explained that the Lionel Davis subdivision will be the model for other subdivisions to follow with the full implementation of energy efficiency aspects.

He stated that homes in this subdivision must contain provisions for the installation of a solar water heater or a minimum two kilowatt photovoltaic solar system.

The Housing Minister also noted that the Government’s Access to Affordable Homes Act, 2018, allows potential homeowners in the subdivision to apply to the Ministry of Finance for various customs duties and excise tax exemptions on building materials for the construction of single-family homes.

He said the Department of Housing will continue to ensure that Government subdivisions have a cross-section of Bahamians residing in them, including prison officers, police officers, teachers and nurses, self-employed persons including bus drivers, straw vendors, taxi operators and other private professionals.

“One of the reasons for this is that the properties are being sold at cost, which is well below market value, and will allow ordinary Bahamians to qualify for purchase.”

The subdivision is named after Fox Hillian, the late Lionel Davis a former MP for Fox Hill from 1968 to 1977.

Also attending the event was Shonel Ferguson, MP for the Fox Hill Constituency; Permanent Secretary of the Environment and Housing Janice Miller and family and friends of the late Lionel Davis.