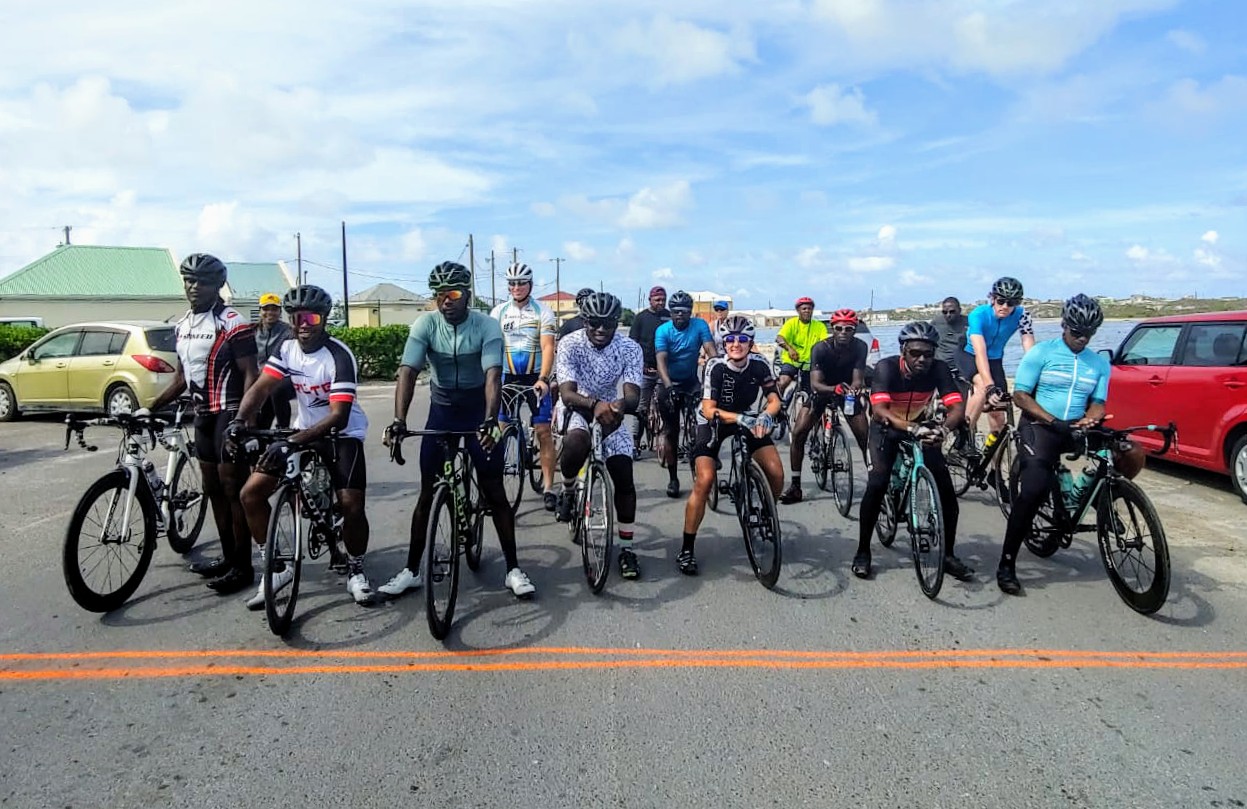 Fifteen cyclists (13 adults and 2 children) along with support staff travelled from Providenciales to Grand Turk on Saturday for the first cycling race held in the National’s Capital. The cyclists in Grand Turk had a strong showing with 9 adults and 11 teens.

The excitement was in the air as the cyclists from both islands became acquainted with each or and began to warm up. The first categories of cyclists to leave the starting line were Masters, Elite, Female and Open.  With Masters and Elite embarking on a 33-mile trek that took them onto some of Grand Turk’s most challenging hills. Persons in the open category rode a 10-mile route. Spectators gathered at the Clock tower, along the sides of the roads and in front of their homes to watch the races.

What was probably the most anticipated race was that of the cadet racers. There were two cadet categories 13 and over and 12 and under. Both categories rode a six-mile route from the clock tower to the Cruise Port and back. Seasoned Junior Rider Ethan Gardiner won in his category (12 and under) and overall.

The Winner of the Cadets Category 1(13 and up) was Michael Lightbourne, followed by Renalson Pervil in second and Josnayder Cineus in third, all Grand Turk boys. All three young men were excited for their wins and are looking forward to honing their skills for upcoming TCCF events.

Cadets category 2 (12 and under) was bested by Ethan Gardiner, in second place was Kymani Ewing and Grand Turk’s own Jodis Cineus in third

Gabriella Hedegus was once again the lone cyclist in her category, but she admitted that the route was a challenge.

First cyclist to cross the finish in the Masters or Elite category was named The Champion of Grand Turk. The end came down to a nail-biting sprint finish. Receiving this honour was Mr. Fred Registre winner of the master’s category close on his heels were Shanwell Gardiner and Sean Rodgers. Tyrone Bishop continued his winning streak in the Elite category with Anthony Plunkett second and Omard Gardiner third.

TCCF President Shanwell Gardiner, was very pleased with the rider turnout. He stated that there is clearly tons of potential in the young people in Grand Turk and the TCCF will support the development of the individuals and cycling as a whole in Grand Turks and throughout the Turks and Caicos.

The Turks and Caicos Cycling Federation wishes to thank our sponsors: Caicos Express, Epic Ltd, the community of Grand Turk for supporting the event, TCI Images for photography during the event, Mr Tony Lightbourne who provided entertainment, and the Royal Turks and Caicos Police Force who kept us safe during the event. An extra special thank you also to the race committee and volunteers who assisted in making this event a success.