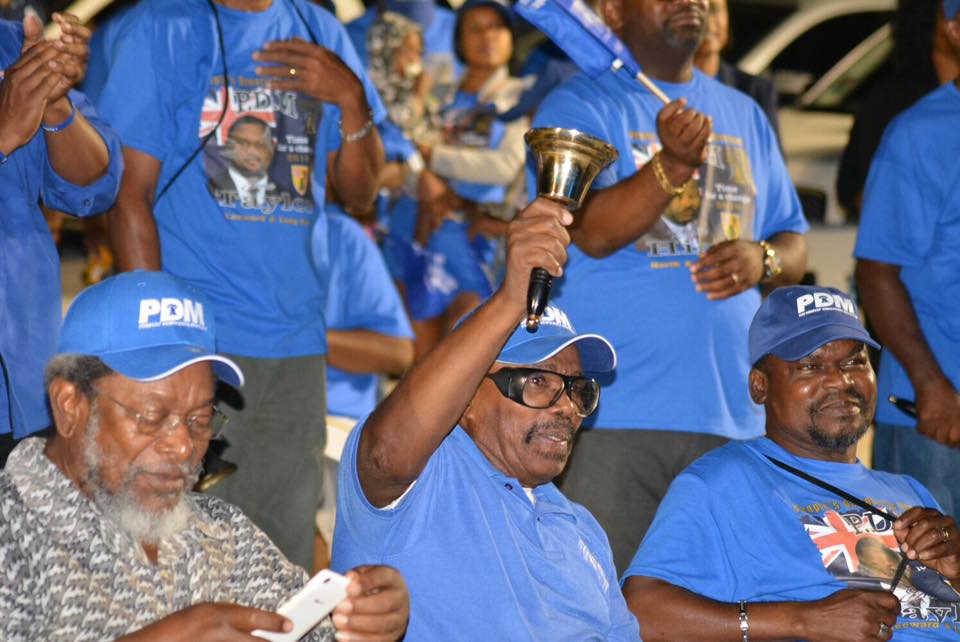 #Providenciales, June 14, 2019 – Turks and Caicos – The Governing People’s Democratic Movement is not expected to have any significant executive changes to announce following this weekend’s annual Party Convention.

Chairman of the PDM, Doug Parnell, in response to Magnetic Media questions about elections during the party convention said there could be voting, but he suspected that it was more likely that everyone remains the same within the executive.

This means, Sharlene Robinson would remain the leader; Sean Astwood, the Deputy Leader; Maxovanno Thomas, Treasurer; Karl Bain and Patricia Saunders continue as 1st and 2nd Vice Chair, respectively; Ashwood Forbes would remain, the Secretary General of the PDM and Parnell, Member of Parliament for Cheshire Hall and Richmond Hill, would keep his job as the party’s chairman.

During the two-day business meeting there is expected to be review of the PDM constitution, the general workings of the party, reports, preparation for upcoming events and election of officers.