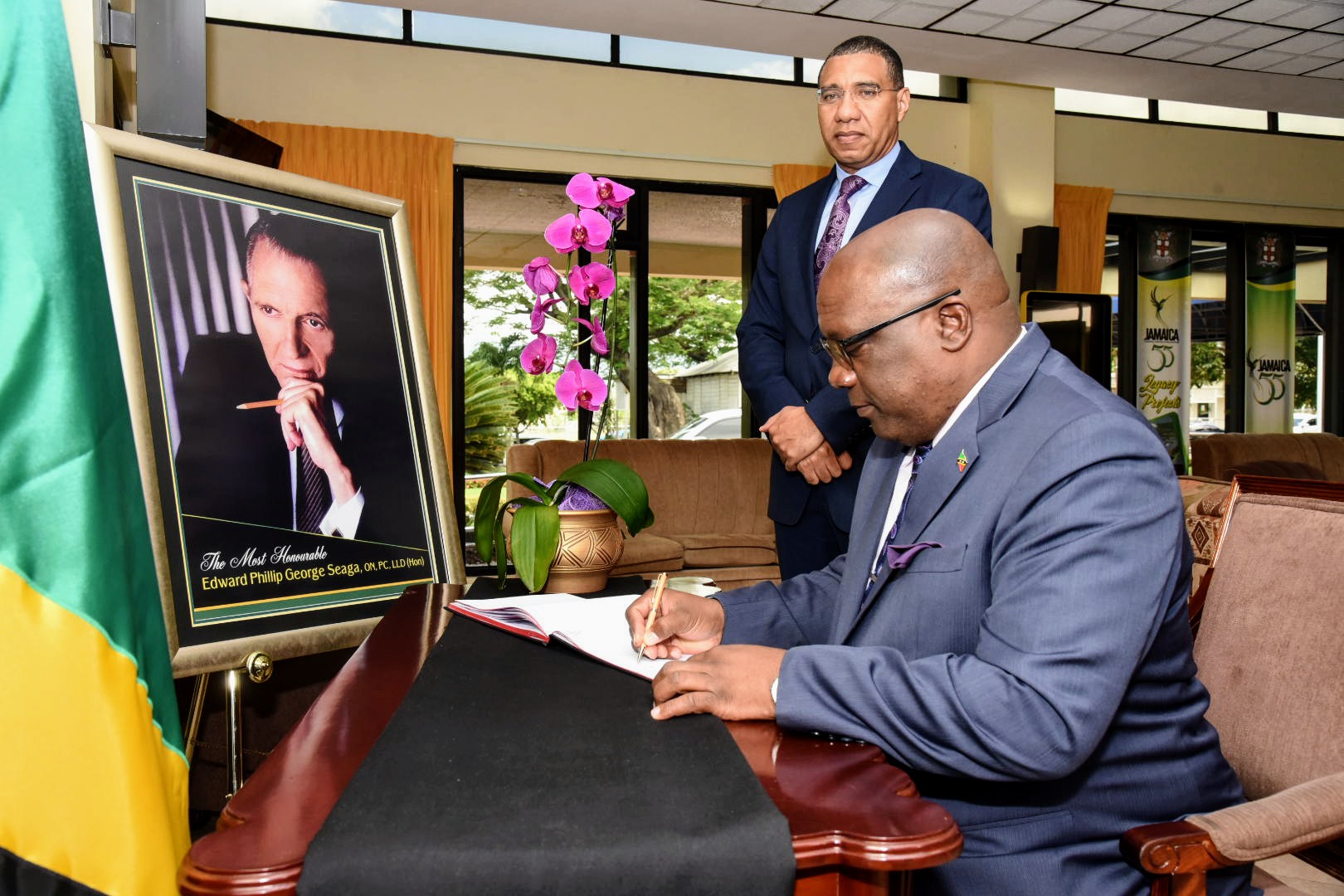 #Kingston, June 17, 2019 – Jamaica – Prime Minister of Saint Kitts and Nevis, Dr. the Hon. Timothy Harris, has hailed the late former Prime Minister, the Most Hon. Edward Seaga, for his contribution to the Caribbean Community (CARICOM).

He said that Mr. Seaga was instrumental in reviving the integration movement in 1982, when Jamaica hosted the first Meeting of the Conference of Heads of Government of CARICOM after a seven-year hiatus.

“Seaga managed to convene a meeting of the CARICOM Heads and to, as it were, bring back some new life to the importance of the leaders’ meeting, even if they would not agree on all the issues,” he said.

Dr. Harris was speaking with JIS News at the Office of the Prime Minister (OPM) on Friday (June 14), where he signed the Condolence Book for Mr. Seaga.

The St. Kitts and Nevis Prime Minister, in reflecting on the life and career of Mr. Seaga, said that the late former Prime Minister made an indelible contribution to the development of Jamaica in many spheres throughout his 43-year political career.

“When we think of the life and times of Eddie Seaga, we measure a man who has been resilient throughout the times,” he said.

“He served at the highest office of Government as the Prime Minister of Jamaica for two terms and had been, perhaps, one of the longest-serving leaders of the Jamaica Labour Party (JLP). A man with such a pedigree will certainly long be remembered by the people of Jamaica and the people of the region,” he noted.

Dr. Harris said Mr. Seaga’s legacy lives on through the prolific documents, books, scrapbooks and other memorabilia accumulated during his years in public service. Some of these are housed at the University of the West Indies (UWI) Mona Campus.

Upon his retirement from public life, Mr. Seaga was appointed as a Distinguished Fellow at the Mona Campus, and was later named Chancellor at the University of Technology in 2010.

“We hope that… his writings will help to provide thoughts that we, as young politicians still learning, will better understand the dynamics of political life, how to hone our own space and to create better legacies for our people, not just in our member states, but in the Caribbean region,” Dr. Harris said.