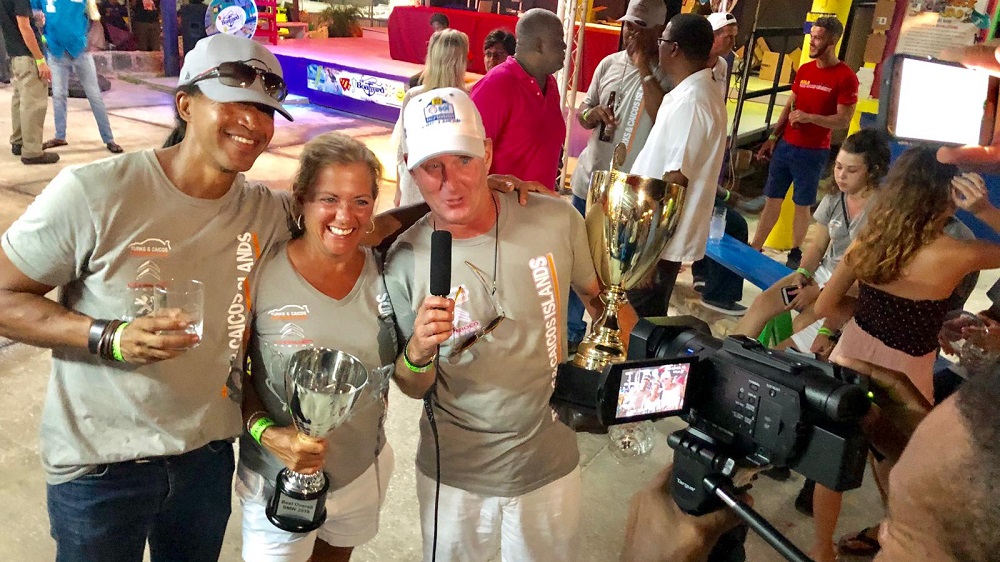 Leading the pack was Stan Hartling and his navigator Jeremy Croney from Barbados taking first in class for a modified 3, fastest rear wheel drive, second fastest 2-wheel drive and the fastest BMW, receiving a trophy from BMW motor sports division. Sponsored by Bambara Rum and Hartling Resorts, this is Stan’s seventh year participating in Rally Barbados. Describing one tense moment during the competition, Stan had to finish the mountain stage with a flat tire, although this did not keep him from taking home the most trophies. One of the most proud moments this year for Stan was standing on the stage with both of his sons Sam and Ben who also participated in the race.

Pierre Beswick, returning to Rally Barbados for his second year along with navigator Leslie Evanson of Barbados took third place in his class for Modified. Pierre is sponsored by Grace Bay Car Rentals, Automotive Arts and Hartling Resorts. After a rough year, Pierre says one of the most exciting moments was when his navigator told him at the start of the final race that they had a third-place finish. Touting the theme “consistency pays off” Pierre held his ground on Sunday realizing that one tiny slip and his closest competitor could have knocked him out of third place victory.

The most tense moment for Paul was driving the first night stage of the rally with a problem with the door latch and he had to hold it shut with one hand and drive with one hand to the end of the stage at speed. His favorite moment was racing on Vaclause raceway with my family and all our friends and support team watching driving off the track to smiles and love everywhere – will never forget it.

One of the organizers of the event describes the Turks and Caicos Motoring Club team as tough, passionate, and exceptional drivers with extreme charisma and professionalism.