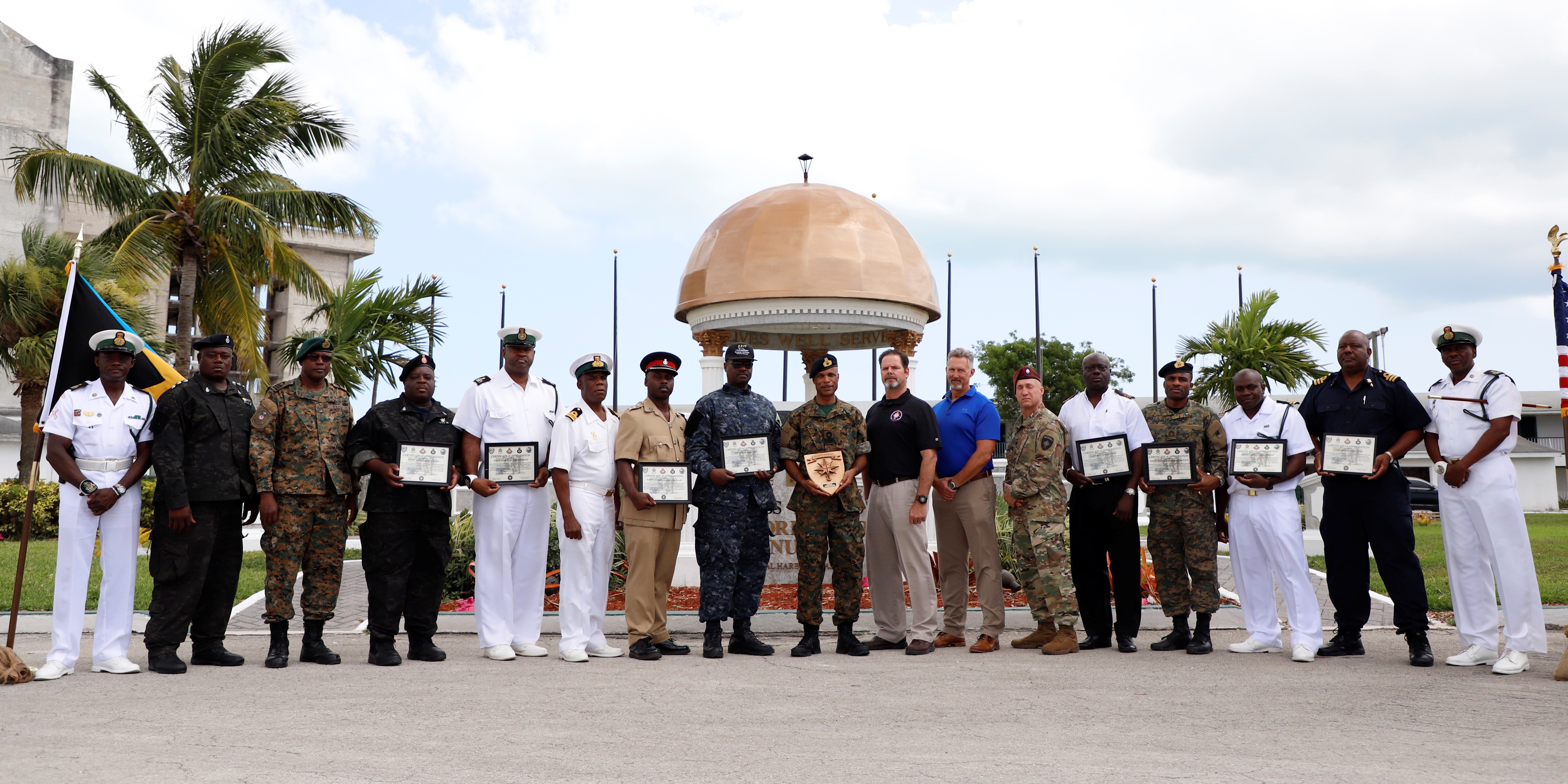 Coral Harbour Base, June 5, 2019 – Bahamas – Several government agencies were applauded for their efforts during the closing ceremony of a Joint Combined Exercise Training exercise at the Defence Force Base on May 24th.

The Royal Bahamas Defence Force along with members of the Police Force, Customs Officials and United States counterparts conducted a one-week training exercise dubbed “OPERATION MARLIN SHIELD” from May 17th – 24th.  This training was aimed at working together to address roles, responsibilities and key inter-agencies in the event of a national crisis in an independent Bahamas.

In attendance were representatives from each agency, including Commander Defence Force Commodore Tellis Bethel, Commander Kevin Self, Office of the Defence Corporation of the US Embassy, Police Superintendent Prince Charlton and Customs Excise Officer, Audrey Curry.

Bringing remarks at the closing ceremony, they all commended the successful training, which was conducted by the Special Operations Command (SOCNORTH), the Commando Squadron School of Naval Infantry and the Special Boat Team 22.

Training exercises were conducted here in the capital and Fresh Creek, Andros to ensure that the tourism industry was equipped to effectively respond, prevent and recover from any terrorist activity impacting the nation. All of the various agencies responded, and echoed the call for sustaining a mutual working relationship while combating the scourge of illicit activities in the country.

Header: Government agencies which were recognized for their participation during the closing ceremony of a Joint Combined Exercise Training exercise at the Defence Force Base on May 24th. They include representatives from the Royal Bahamas Defence Force, Office of the Defence Corporation of the US Embassy, Police Force and Bahamas Customs Excise.

First insert: The combined forces taking part in a joint exercise in Fresh Creek Andros during the recent “OPERATION MARLIN SHIELD” exercise from May 17th – 24th.

Photo shows: Commander Frederick Brown receiving a plaque from US Army Lieutenant Colonel Brian Horvath as a token of the Royal Bahamas Defence Force participation in the recent “OPERATION MARLIN SHIELD” exercise from May 17th – 24th. The closing ceremony was held at the Defence Force Base on May 24th. Standing at left is Scott Eddy, US Representative.