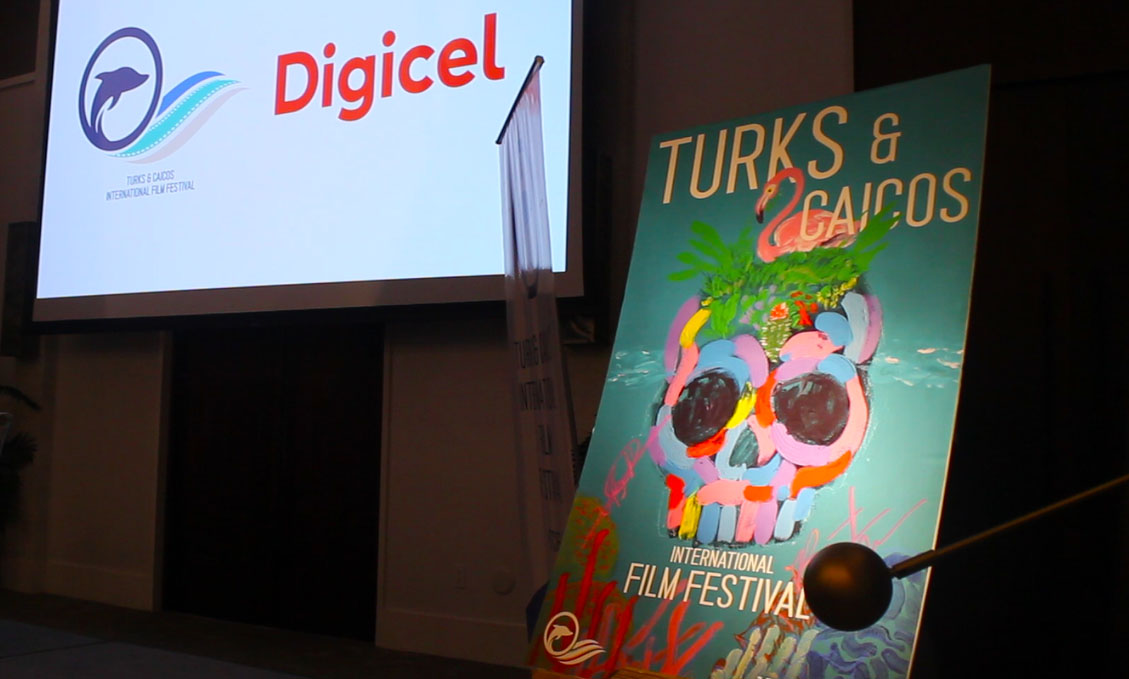 The announcement came during the visit of Usain Bolt, Olympic champion, the world’s fastest man and Digicel Chief Speed Officer to the Turks and Caicos last week.

Mr. Stoddard continued with, “Can you imagine the opportunity it would be to have the occasion to make a small film, submit that and have a chance to win and to be a VIP guest at the Film Festival in November. All you have to do is to follow us on Facebook and on Instagram and we will keep you posted on what you need to do in order to be able to join the competition and what we are going to do in terms of the actual results and we will continue to give you feedback including tips on how to make these small films.  We are thankful to be involved with the Turks and Caicos Islands Film Festival.”

Mr. Bolt was encouraging of all dreams and aspirations as he spoke to youngsters and so was Bradley Theodore Harvey, a celebrated artist who now lives in New York but hails originally from the Turks and Caicos.  Bradley said the winner will also receive a gift of $1,000 from him.

Theodore’s specially rendered artwork was unveiled during the launch of the TCI Film Festival at the Shore Club on May 1.

Founder of the festival, Colin Burrows engineered the event to carry a strong theme on environmental protection; he is already working with TCI youth.