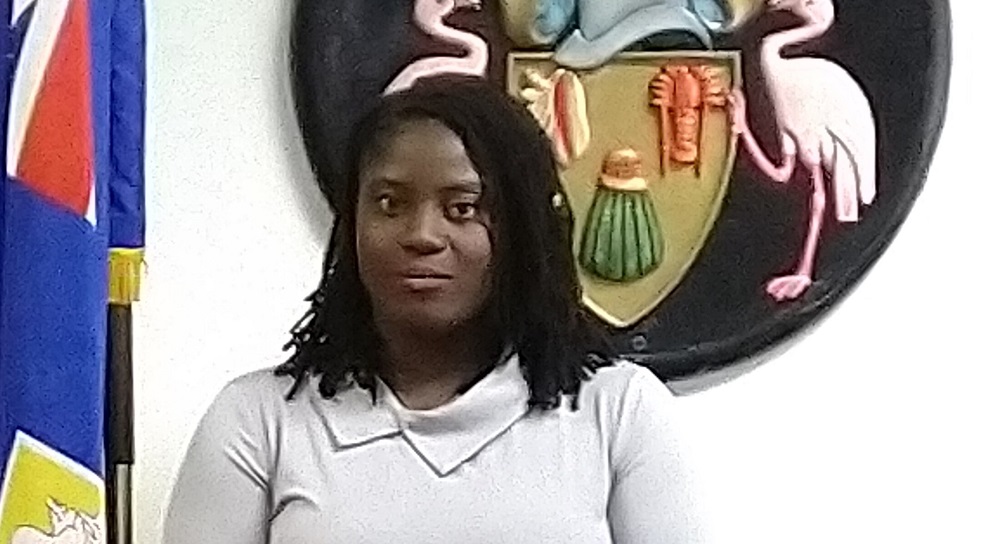 #Providenciales, May 9, 2019 – Turks and Caicos – The Turks and Caicos Islands Civil Service is pleased to congratulate Ms. Nadidja Parker on her appointment to the post of Communications Coordinator within the Office of the Premier.

Ms. Parker graduated from the British West Indies Collegiate in 2009, after which she moved to the UK to advance her tertiary education, completing her A Levels in 2011 at York College in York, North Yorkshire, UK. She continued her studies at the University of Winchester, UK and graduated in October 2016 with a Bachelors of Arts Single Honours Degree in Journalism and a Broadcast Journalist Training Accreditation allowing her to practice Journalism anywhere in the world.

During her 4 years at the University of Winchester, Ms. Parker had the opportunity to work with professionals from a variety of employers in the UK broadcast industry including BBC, ITV, ITN, Aljazeera, Sky News, Channel 4 News, The Guardian, National Union of Journalists and Heart Radio. Following her studies in the UK, Ms. Parker returned home to the Turks and Caicos Islands where she worked as a Broadcast Journalist/Reporter and News Anchor with People’s Television Network. Eventually being offered a full time position as Newsroom Supervisor/Manager until April 2019. Ms. Parker was nominated and subsequently selected to receive the National Young Achiever’s Medal at the 2017 National Honours and Awards. She volunteers with Junior Achievers Turks and Caicos and actively participates in developmental youth programmes.

Commenting on her appointment Ms. Parker stated; “I am proud to have been appointed for the position of Communications Coordinator within the Office of the Premier. It is a privilege to be a part of the Turks & Caicos Islands Civil Service, where I will have the opportunity to work with many influential women. Being a young woman, I admire the professionalism and drive of all influential women in the Turks and Caicos Islands.

“I look forward to executing my role to the best of my ability using my knowledge of information dissemination and my contacts throughout the Turks and Caicos to properly communicate the work that goes on in the Office of the Premier. Also through this role my goal is to reach out into the communities across the Turks and Caicos Islands and to bring pressing issues and concerns to the attention of the Premier and her team.”

Whilst highlighting Ms. Parker’s appointment Deputy Governor Her Excellency Anya Williams stated; “We are pleased to welcome Ms. Nadidja Parker to the Turks and Caicos Islands Civil Service and we wish her a long and rewarding public service career. Ms. Parker has an extensive background in broadcasting and journalism and will bring very vital communication skills not only to her role as Communications Coordinator within the Office of the Premier, but to the Turks and Caicos Government as a whole. CongratulationsNadidja!”