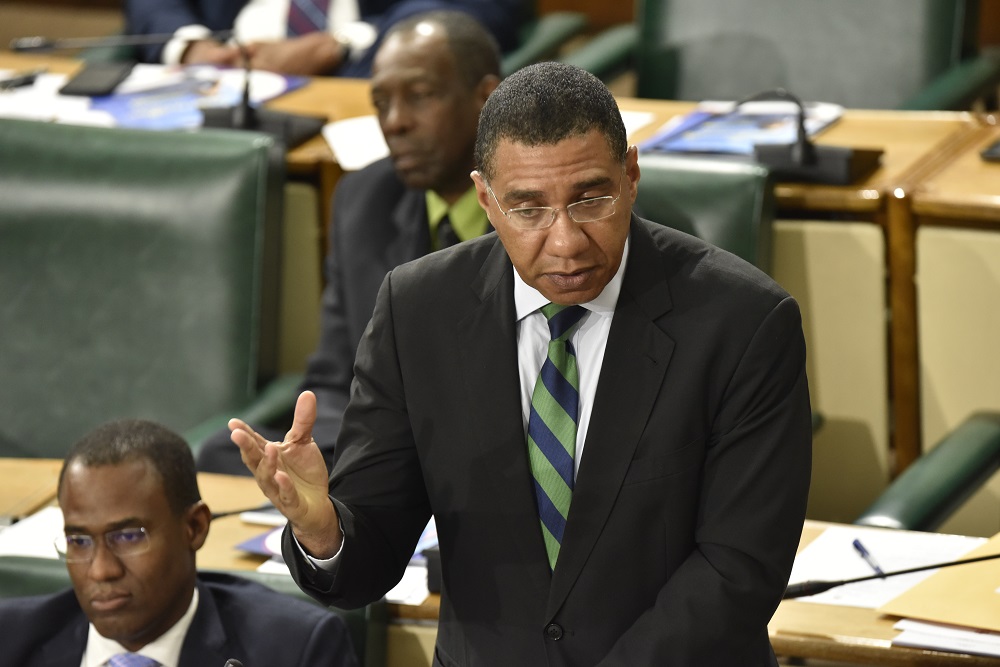 #Kingston, May 8, 2019 – Jamaica – The House of Representatives, on May 7, approved the extension of the States of Public Emergency (SOEs) that have been imposed in the western parishes of St. James, Hanover and Westmoreland by 90 days.

In his address, Prime Minister the Most Hon. Andrew Holness, said acting on the advice of the Commissioner of Police and Chief of Defence Staff, it has been assessed that the high level of criminal activity experienced endangers public safety.

“The proclamation is, therefore, critical at this time. We have been noting with concern the recent crime trends in Western Jamaica, particularly in the parish of St. James, following the discontinuation of the State of Public Emergency in January,” he said.

“We have seen, through vivid demonstrations, that criminals are hell-bent on exercising their destructive influence in vulnerable communities and spaces. Again, the criminal elements have taken the opportunity to display their ruthlessness and total disregard of our most fundamental right – the right to life,” Mr. Holness added.

The Prime Minister noted that the citizens have described their reality as being in a state of paranoia, while vendors are pressured into closing shops early, out of fear that they may be at the wrong place at the wrong time.

“The citizens of western Jamaica have fully endorsed the granting of additional powers to the security forces to save their lives, and must, likewise, compel us to endorse the request for an extension,” Mr. Holness said.

He pointed out that many lives have been lost and many more will be lost, if decisive and strong actions are not taken.

Over the period January 1 to April 28, 2019, St. James produced the highest number of murders among the police divisions, with 51.

The Prime Minister noted that this figure represents a significant increase of 70 per cent, when compared to the equivalent period in 2018.

“Likewise at the time of the declaration, Westmoreland with 43 murders, reflected the second-highest number of murders over the period. St. James and Westmoreland, being adjoined parishes, compound the concerns, considering the fact that the combined and continuous geographical space has accounted for 22 per cent of all murders, to date,” he said.

Mr. Holness pointed out that when combined with the third adjoining parish of Hanover, the collective space accounts for more than a quarter of the murders committed in the island since the start of the year.

There are 56 active gangs operating in the tri-parish region now under the SOE, with 17 of them currently at war over turf.

The SOEs will give the security forces temporary additional powers, including powers of search, arrest and detention.  During the SOEs, the security forces will have the power to search, curtail operating hours of business, restrict access to places and detain persons without a warrant.

Photo Caption: Prime Minister, the Most Hon. Andrew Holness, addresses the House of Representatives on Tuesday (May 7).  At left is Minister of Finance and the Public Service, Dr. the Hon. Nigel Clarke.