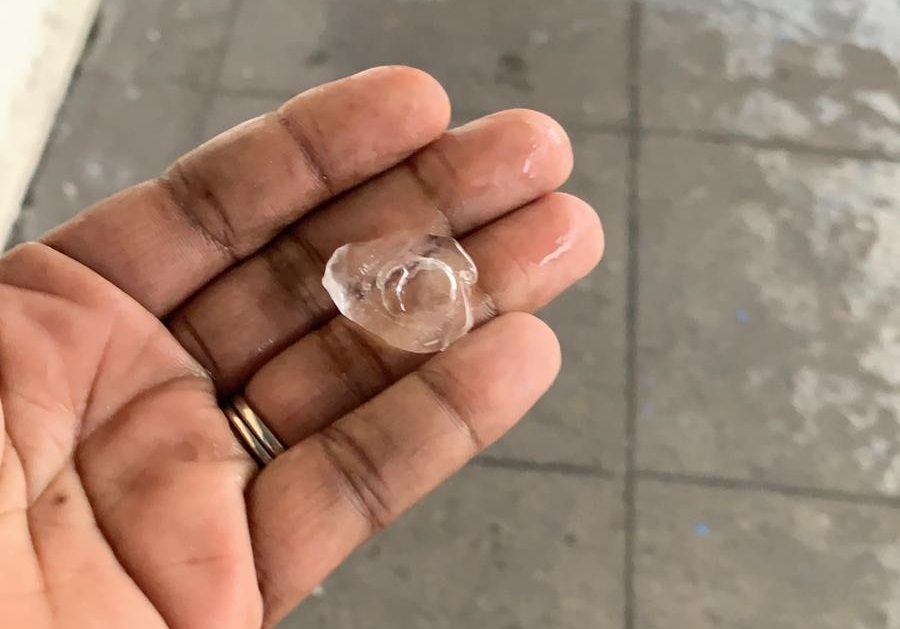 #Providenciales, May 18, 2019 – Turks and Caicos – At least one worker at the Providenciales International Airport has told Magnetic Media that for about two minutes this morning, she and two other co-workers experienced hail – ice falling from the sky.

The woman explained that she was too excited to remember to take any photos or video, but her co-worker did.  That photo of a chunk of ice in the hand of someone seemed unreal, then we got video from teachers and staff of Holy Family Academy, which is located near the airport in Kew Town, Providenciales.

Cell phone video captured the ice falling from the sky and people are heard screaming and claiming that ‘it is the end of the world’ in awe of the weather event.

Just recently, a small area in Freeport, Grand Bahama and on the island of Inagua, also in The Bahamas reported hail storms.  In both cases, the events were uncommon and were captured by multiple residents on cell phones.

All of the hail storms – in The Bahamas and Turks and Caicos Islands – are very unusual.