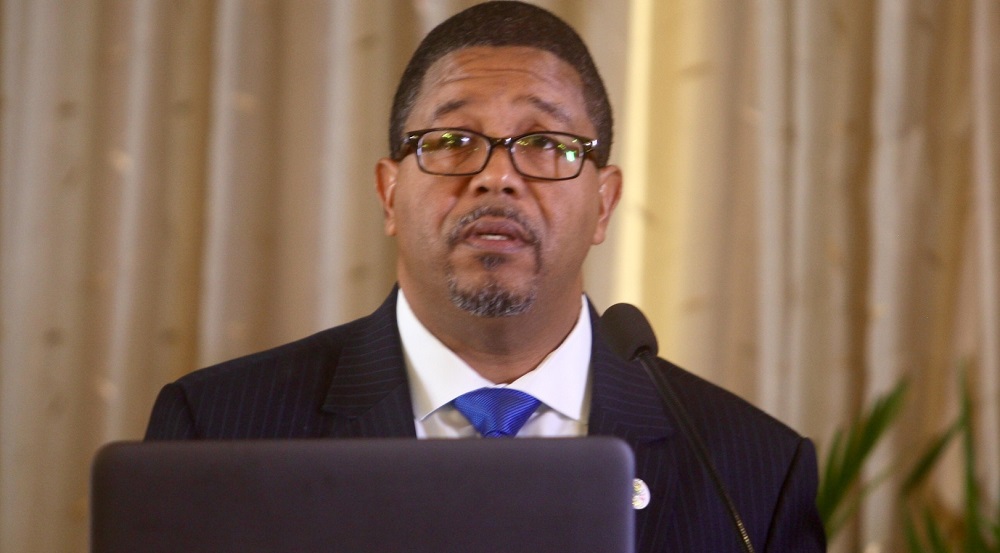 #Nassau, May 31, 2019 – Bahamas – Deputy Prime Minister and Minister of Finance the Hon. K. Peter Turnquest explained that this government administration believes the best kind of relief is empowerment and has a clear economic vision of a modern country where Bahamians are empowered and independent: free from dependency on political patronage and free from the limiting constraints of an inefficient government bureaucracy.

DPM Turnquest was speaking at the National Budget 2019/20 Press Conference held at the British Colonial Hilton, Thursday, May 30, 2019.

He along with the Financial Secretary, Marlon Johnson also took the time to answer questions posed by the country’s national media.

The DPM explained that the government has delivered empowerment in a number of areas including expanding opportunities in education to help break the cycle of poverty. “That means$20 million to ensure Bahamians have access to free education from primary school to college.”

The DPM stated that the government is also investing in entrepreneurship to build job creators, which means an increased allocation from $5 million to $8.5 million in small business to give young people access to capital to pump into their businesses.

He said, “We are building 21st century infrastructure as a new foundation for growth, which means $170 million invested in renewable energy over the next 10 years, with a focus on solar energy projects in the Family Islands.  In the medium and long term, Bahamians will save money on electricity and the cost of living.

“We are increasing the ease of doing business. That means no more standing in lines at the passport office; you will be able to renew your passport online.  That means — no more waiting weeks or months to renew your business licence. You can get it in 48 hours.

“Lastly, we are leading the digital transformation to a modern government with massive investments in technological integration. The Department of Information Technology is transitioning to the Department of Transformation and Digitization, with an increased allocation of $15 million.”

DPM Turnquest noted that the government is serious about citizen empowerment and the way we are spending taxpayer money in the Budget is a reflection of that. The best relief is ‘empowerment’ and we are doing things that are meaningful and impactful.

He also touched on transparency, where he said the government is doing a number of things to educate the public more about the Budget and how the Government is spending taxpayer money. That includes a quarterly budget performance reporting, efforts to strengthen the Auditor General’s Department, and the implementation of the Fiscal Responsibility Act.

Photo Caption: Deputy Prime Minister and Minister of Finance, the Hon. K. Peter Turnquest explained that this government administration believes the best kind of relief is empowerment, at the National Budget 2019/20 Press Conference held at the British Colonial Hilton, Thursday, May 30, 2019.  The DPM and Financial Secretary, Marlon Johnson also took the time to answer questions posed by the country’s national media.