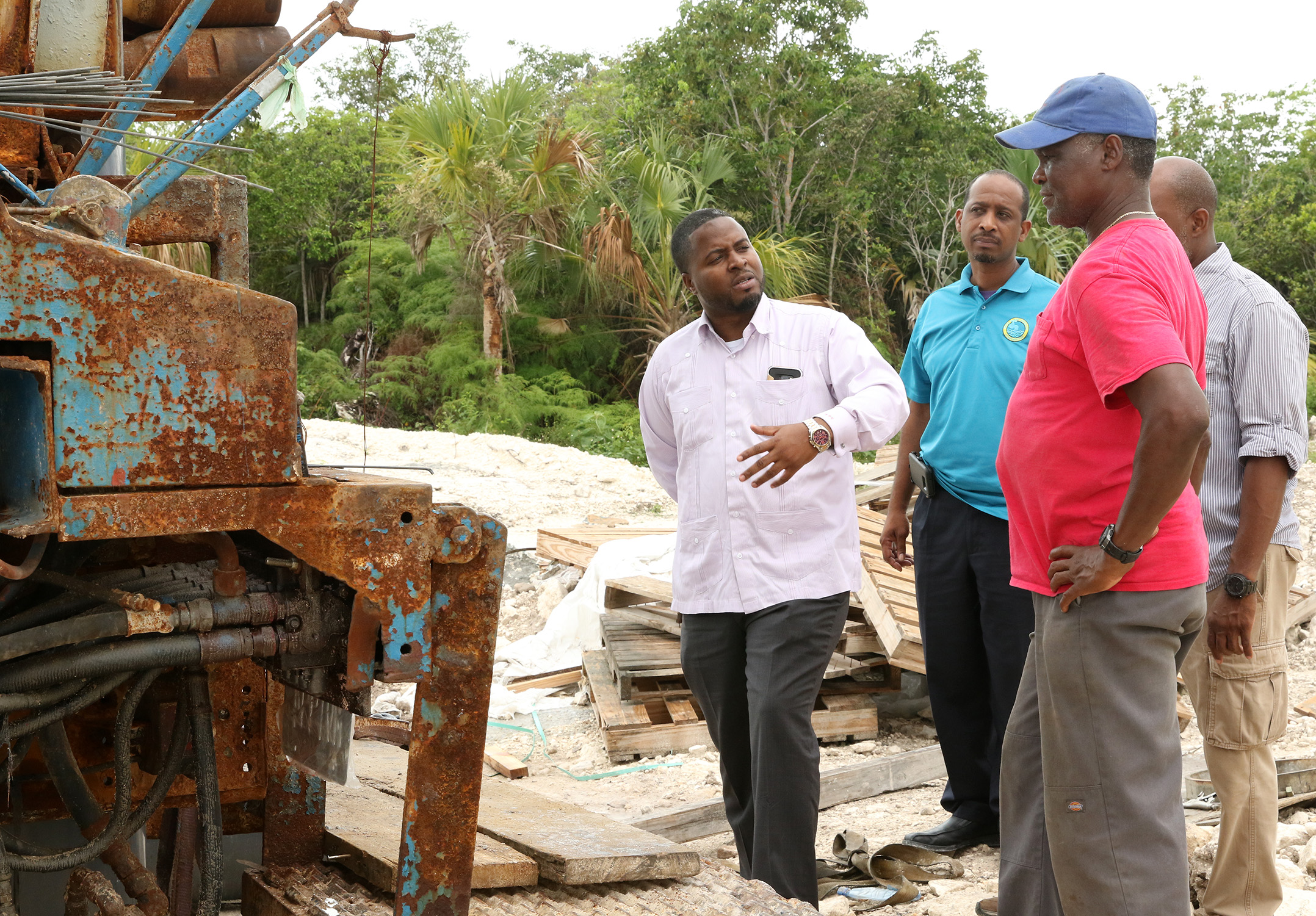 #North Eleuthera, May 20, 2019 – Bahamas – Chairman of the Water and Sewerage Corporation, Adrian Gibson led a delegation of senior government officials on a tour of several water plants in Eleuthera, Thursday, May 16, 2019.

The first stop was to view the Reverse Osmosis (RO) Plant in Waterford, which will service four settlements. The plant also features a storage tank with the capacity of 120,000 gallons as back up for up to four days. Currently, the plant services 800 customers. Mr. Gibson said that improvement of services on the island is in keeping with the Government’s objectives of supplying optimal water services.

“In addition to supplying water to these communities, we are hoping to tie in this plant to the Tarpum Bay plant in order to facilitate a more efficient water supply system,” said the Chairman.

He said that the Corporation is also preparing for the impending Disney project.

Following the stop in Waterford, the delegation visited a storage and distribution facility in Bannerman Town. The system, which is a gravity fed pressure pump, supplies 25 households with potable water and feature two storage tanks, each with a 5,000-gallon capacity.

“Systems such as this one reduces complaints of low pressure and inadequate supply,” said Mr. Gibson. “We put this type of mechanism in place to serve smaller communities such as Bannerman Town.”

The Chairman also visited an RO plant in Lower Bogue. He said it is the largest of its kind on any island outside of New Providence. The plant has the capacity to supply 500,000 gallons of water daily to customers. He said that construction commenced in October 2018 and it is anticipated that it will come to completion soon.

The delegation also made a stop to Harbour Island and Spanish Wells. On Harbour Island, remedial works were carried out to remove 600-foot cast iron pipes to PVC pipes. The Chairman said that this was done to respond to complaints of brown water.

Member of Parliament, the Hon. Ricardo Mackey, also toured the Harbour Island site with the Nassau delegation. He said he was pleased that the Corporation has been able to resolve the issues.

“The issue of brown water has been a legacy problem for some time,” said Mr. Mackey. “This new RO system has addressed the problems of brown water and low pressure, and accessibility has been greatly improved. Brown water is now a thing of the past. The population of Harbour Island stands at approximately 2500 year round and 4,000 persons during the winter months when there is an influx of visitors and transient residents.”

Photo Caption: Chairman of the Water and Sewerage Corporation, Adrian Gibson led a delegation of senior Government officials to Eleuthera on Thursday, May 16, 2019.  The delegation visited several water plants throughout Eleuthera including plants in Waterford, Bannerman Town and Lower Bogue. They also visited Harbour Island to inspect the removal of a cast iron pipe to PVC installation.