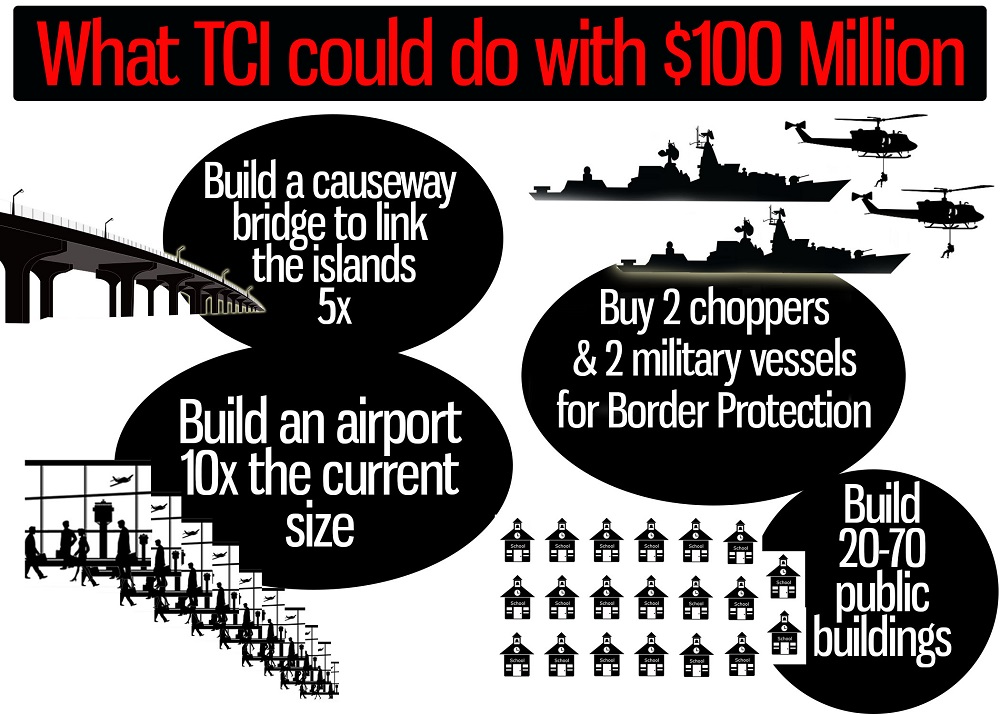 #Providenciales, April 17, 2019 – Turks and Caicos – I was asked, how does one protest the Special Investigation and Prosecution Team (SIPT) trial without seeming to be in support of the alleged corruption which invited an investigation and trial in the first place.

That seems to be the dilemma which has many islanders caged and gaged when it comes to disputing a matter which has long lost wide support and which has dashed many hopes that justice for the people of the Turks and Caicos Islands will ever really be served.

Nearly a decade and the defence has yet to present its case; some surmise it may be another three years for the duration of the trial which is costing tax payers $10 million per year.  A trial which is widely reported to be enriching everyone affiliated to the tune of millions and millions of dollars.

Meanwhile the people the trial purports to protect are struggling to make ends meet and suffer with subpar infrastructure in far too many instances.

It is a sketchy trade-off.

Even the original prosecutor has hung her hat; Helen Garlick is a fixture in the history of this case which is dragging on, lost momentum but which is costing the country – and again I say – a mandated $10 million per year.

Perhaps it is time for islanders to realise that the protracted case, which had over 200 prosecution witnesses is a waste of taxpayer money.

As another National Budget Debate approaches on May 1, 2019, the electorate and residents should ensure that whatever the positions are about this staggering bill, they are ventilated and expressed on the floor of the House of Assembly.

The public should be asking reasonable questions of the UK about the trial which they started.  By now, the initiators of the process should be called to give an account of its true cost, its prognosis and what will happen when a verdict is rendered.

Everyone knows that the nine individuals on trial for alleged corruption will fight to the death, so to speak; they will not give-in even if convicted in the judge-only case. There will be appeals, guaranteed.

Right now, each defendant has their expensive legal teams, which the public is paying for and those teams are arguing that there is no case against the nine accused.  Each defendant, despite the damning evidence presented over three years is already asserting their constitutional right to prove their innocence at any cost.

Sadly, the cost is to the public purse.

The public purse is paying for everything and so far, records show the bill has been a staggering $100 million dollars plus.

The fact made me ask, ‘how could that $100 million have been better spent?’

It took some digging and some asking but it was found that the Turks and Caicos could actually have attended to many of our biggest national woes and even have brought to fruition a few lofty ideas.

The too-small-for-comfort Providenciales International Airport for example; the expansion could have been ten times bigger with that $100m investment.

Dreams of more and better outfitted schools and public buildings could be realized. If, for example, each cost about $5 million and were of the scope of the soon-to-come Long Bay Primary School, we could get twenty expansive projects, done!

However, if they were smaller, around the size of the new Post Office in Providenciales, then we could get nearly 70 brand new, fully outfitted public buildings.

Shift to border security, which is understandably a major bone of contention.  With an extra $100 million to spend, our elected government could purchase two-state of the art combat vessels and two helicopters.  The vessels could tout the features of the newly commissioned Royal Bahamas Defence Force HMBS Madeira and two helicopters, identical to the ones often used to assist us and owned by the US Coast Guard.

A check on recent figures of the Turks and Caicos Planning Department regarding the dream of a causeway to connect the archipelago with bridges revealed that it was estimated the connection attracted a $20 million price tag. The fact confirms that with $100 million we could establish the link a full five times over.

Before our elected Government and Opposition agree to the upcoming Budget, which includes another $10 million for the corruption trial, the British should demonstrate respect for the people of the Turks and Caicos Islands and explain their ‘end game’ when it comes to the SIPT.

If it makes sense; what they have to say about the trial then we can agree to stay the course.  If it does not, we should abort immediately and find a better use of the public’s money.

We have a right and a duty to hold leaders, including the United Kingdom, accountable for management of the country.   The 2011 TCI Constitution clearly lays that foundation.

At this point, it seems we are agreeing, year after year to flushing millions of much needed dollars down the toilet, all because we are worried about politics.

In this case, politics is irrelevant.

In this case, a better quality of life for the people of the Turks and Caicos – no matter your politics – does.

It is our call and we must make it.