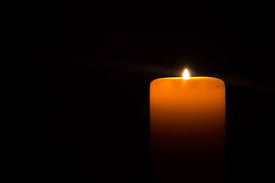 #Providenciales, April 22, 2019 – Turks and Caicos – Just before 2 p.m. residents across the island of Providenciales began reporting a loss of electricity; it soon became clear that the power failure was affecting the entire island.

Initially FortisTCI explained, “…is presently aware of an island-wide outage affecting Providenciales, North Caicos and Middle Caicos customers.  We thank you for your patience as crews troubleshoot and carry out work to restore services as quickly as possible.”

The interruption of electricity was an interruption to cooking and other plans on what is one of the biggest Christian and family holidays of the year.  A brisk wind today may have compensated for the sizzling temperatures.

While the north-western community of Millennium Heights was without electricity for about an hour; other parts of the island including Grace Bay and Juba Sound suffered in the outage for over two hours.

By 6:35 p.m. FortisTCI, which is the country’s lone electricity supplier, issued another notice to say that service to all consumers was restored.

“The outage was the result of damage to the main transmission line,” FortisTCI explained.