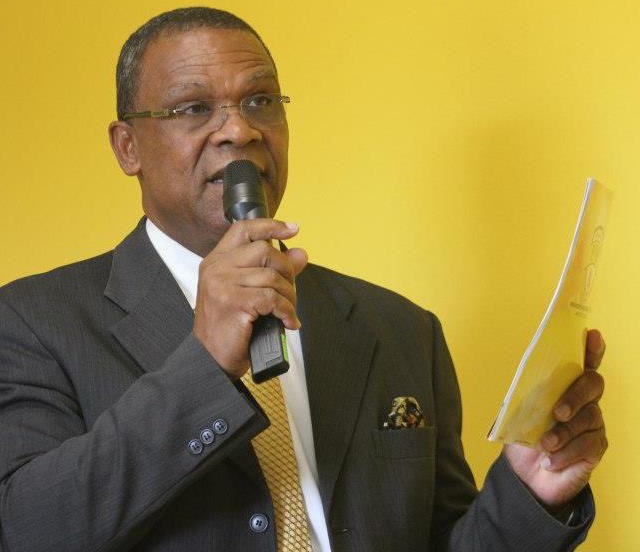 #Providenciales, April 20, 2019 – Turks and Caicos – Global Britain and the British Overseas Territories: Resetting the relationship – The Progressive National Party’s Position – Global Britain – is the term coined to capture the UK’s post-Brexit foreign policy. The fact that a review of its relationship with its’ territories in the  Caribbean  is being considered within the context of its foreign policy is indicative of its historic thinking regarding the Caribbean Overseas Territories: they have always been used as pawns in the UK geopolitical chess game. This latest recommendation  is no different and is driven by the UK post Brexit  strategy regarding its future on the world stage.

In the case of the Turks and Caicos Islands the UK has always played constitutional “fast and loose” while in many cases refusing to take responsibility for its reserved powers beyond the imposition of  sanctions. These include the suspension of the Country’s constitution on two occasions. The results in each case has always pivoted away from the best interest of the people of these Islands. The most recent resulting in the resetting of the economic hegemony in favour of foreign interest; and an ongoing legal price tag that is significantly disproportionate to the GDP of the islands thereby impacting its’ ability to adequately fund much needed social programs.

Given the history of the relationship between the UK and her Caribbean Overseas Territories; and the current preoccupation by British Politicians with Brexit and its consequences, the  FAC report and most of its recommendations appear to have as its intention  the appeasement of Caribbean Overseas Territory Governments as a pretext   to persuade them to legalise same sex marriage and expand the franchise in the various territories. This view is supported by the myriad of other issues raised in the report requiring institutional and other fundamental changes in the relationship before any of them could be attained, assuming the UK were inclined to oblige. In contrast, the same sex marriage and expansion of the franchise issues merely require their passage into law by the House of Assembly, or imposition by order in council by the UK Parliament. However, on these two issues the Progressive National Party is resolute in its opposition. We reproduce these two recommendations verbatim and set out below our reasons for our objections.

A review of the FAC report leads one to conclude that UK politicians are engaged in a strategy of attrition to neutralise the authority of elected politicians and marginalise the voice of the indigenous people of the Caribbean Overseas Territories instead of resetting their thinking to accommodate and recognise the cultural diversity of places and people for whom they have responsibility in the international community.

It is insensitive and imperialistic to threaten through whatever means the imposition of  standardise cultural values of the UK and Europe on UK Caribbean Overseas Territories by persons unelected by them, and who cannot identify with their  past or understand their aspiration.   After all, one of the main arguments of the Brexiteers are that the UK membership in the EU undermines British Sovereignty because of Europe’s ability to legislate and make policy decisions binding on the UK. The view by the FAC for the Caribbean Overseas Territories is in direct contrast to  what Britain wants for itself.

The recommendations of the FAC to legalise same sex marriage in the Caribbean Overseas Territories is also hypocritical   and is inconsistent with what obtains in the UK. This is demonstrated by  way of two examples. Chris Bryant a member of the committee and an openly gay member of the commons left the ordained ministry because his conscience dictated that a gay lifestyle was incompatible with the priesthood. The people of the Overseas Territories also have the God given right to exercise their collective conscience to choose for themselves on which side of this issue they should stand.  The hyperbolic metaphor of Matthew 7:5 “You hypocrite, first take the plank out of your own eye, and then you will see clearly to remove the speck from your brother’s eye” is also appropriate here given the continuing ban on same-sex marriage in the British Territory of  Northern Ireland.

Same sex relationship has been decriminalised in the TCI since 2001, and no one had been charged with a related offences decade before that.  What people do in the privacy of their own space should be of no concern to anyone else.  But to require a country to legislate behaviour contrary to their belief system is a violation of their rights and must be resisted to its fullest. Many of us have family members and friends with same sex preferences.  This does not interfere with our empathy or love for them but when same sex marriage is regarded by the majority of Turks and Caicos Islanders as being anathema to the direct admonition of God to whom we believe we owe our greatest loyalty, any attempt to force it into law is contrary to the will of the people and will be resisted by the PNP. Turks and Caicos Islands must now take a stand even if it means ending the relationship as we now know it.

The UK Government should initiate a consultation with the elected governments of the OTs and work with them to agree a plan to ensure that there is a pathway for all resident UK and British Overseas Territory citizens to be able to vote and hold elected office in territory. In its response to this report the FCO should lay out a timetable for this consultation process and set a deadline for phasing out discriminatory elements of belongership, or its territory-specific equivalents.

The FAC recommendations that the franchise be expanded to include UK citizen and BOTC citizens resident in the islands again betrays the hypocrisy of their intent. The the premise on which it is based is a non-sequitur and in direct contrast to Britain’s xenophobic vote to leave the European Union. The difference is that Britain’s population is somewhere north of 67 million people compared with 35 thousand in the Turks and Caicos of which an estimated 55% are non-Turks and Caicos Islanders. This gap will widen as the economy of the islands grow and the demand for labour grows with it. Organic growth in the number of persons qualifying for  status will mean that the franchise will automatically be broaden. Turks and Caicos Islanders with heritage rights will therefore become a very minor fraction of the population in the future. The Progressive National Party will not accede to the  FAC agenda of political and cultural marginalisation by accelerating the dilution of the franchise.

Gender neutral policies and legislation favouring individuals belonging to vulnerable groups are evident everywhere including the many affirmative action laws in the US in favour of African Americans and Native Americans. Legislation and policies in Canada favour First Nation People.  This practice is referred to as positive discrimination and is important for social and economic justice. This right is preserved in the Constitution of the Turks & Caicos Islands and must not be tampered with.

The TCI have several pathways to citizenship including through investment, marriage, and residency. – attainment of citizenship status in some cases is as short as  five years. Relaxing the rules on who may vote and hold office in the Turks and Caicos Islands is a recipe for wholesale takeover of the Islands and the relegation of the indigenous people to the margins of society – especially given the current lack of access to capital and other resources for positive growth within the Territory.

As part of resetting the relationship between its Caribbean Overseas Territories UK politicians need to reset their own thinking and Global Britain should respect the rights of Caribbean Overseas Territories to disagree on fundamental questions of value pathway to citizenship, and population policy. The benefit derived by the Turks and Caicos through its relationship with the UK after Brexit is mostly intangible. Failure to respect the rights of the Turks and Caicos people is therefore an invitation to self-determination; one that the Progressive National Party takes seriously and on which it will act with the support of the people.

Press Statement from the Leader of the Opposition