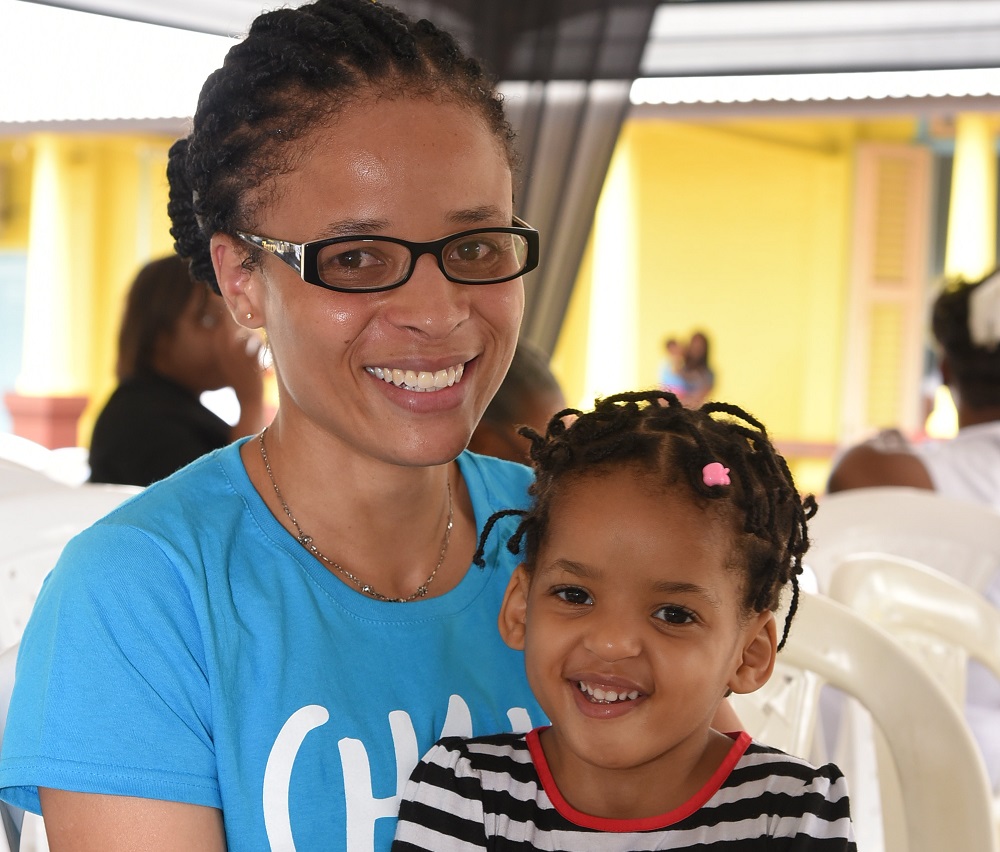 Ms. Palmer, who encountered financial and other challenges in the lead-up to her daughter’s surgery for the condition, which doctors diagnosed in 2015 when she was just a toddler, enrolled in a practical nursing course at the College of Hospitality and Vocational Skills in St. Ann’s Bay in January 2018.  She was encouraged to pursue a career in healthcare by staff at the Bustamante Hospital for Children’s paediatric cardiac centre in Kingston, to which Ashalae was transferred for surgery and follow-up treatment, after unsuccessful attempts at health facilities in St. Ann.

The centre, which is one of a kind in Jamaica, comprises a 10-bed intensive care unit and state-of-the-art biplane catheterisation lab.

“I watched the nurses and gained knowledge, and they also encouraged me to become a practical nurse,” Ms. Palmer tells JIS.

She notes that balancing studies and attending to her baby’s health simultaneously “was rough”, particularly in light of the anguish brought on by the extent of pre-surgery procedures, activities and associated costs, and Ashalae’s obvious discomfort, among other challenges.

“I was in depression… I didn’t know what to do. But, she needed the surgery… so I had to endure,” she further informs.

Ms. Palmer tells JIS News, however, that she was able to complete her training and gain certification in January this year, an achievement that was complemented by the additional joy she experienced following Ashalae’s successful surgery.  She notes that the experience and training gained now enable her to identify the signs and symptoms associated with congenital heart disease and other ailments, and the knowledge to treat persons with same.

Ms. Palmer says she is proud of this achievement and the fact that Ashalae’s health is faring much better, pointing out that the youngster is better able to withstand the effect of illnesses such as the common cold.

“It’s really good to see her up and about. I [am seeing] the improvements [as a result of] the surgery. I am not panicking again when I see certain things happening to her. If she catches the common cold, I give her the normal medication. I know how to measure it and I know to monitor her,” the doting mother tells JIS News.

She further advises that Ashalae’s enrolment in school is aiding with her holistic development, and rejoices that she and her beloved baby are overcoming the odds.

Meanwhile, Ms. Palmer is among the parents welcoming the Bustamante Hospital paediatric cardiac centre’s opening, describing it as a modern and accommodative facility.  She tells JIS News that it is heartening to know that parents whose children have congenital heart disease now have a facility at their disposal to access the appropriate healthcare.

Between November 2017 and March 2019, doctors at the centre, which was officially opened recently by Health Minister, Dr. the Hon. Christopher Tufton, performed 83 cardiac surgeries and catheterisation procedures.

Speaking at the opening ceremony, Dr. Tufton indicated that there are currently about 400 children in Jamaica who were born with congenital heart-related diseases, of which some 200 require surgical intervention. The facility’s establishment, he added, is a response to those.

The Minister further informed that the Government and donors currently pay the cost for surgeries and other procedures provided at the centre, which range between US$2,000 and US$5,500.

Meanwhile, Ms. Palmer offers words of encouragement to the parents of children with severe illnesses.

“Take care of your little ones in their times of need. When God rewards you, thank Him, and always remember where you are coming from. Your test will be your testimony,” she says.

Photo Caption: Simone Palmer and daughter, Ashalae Grant, at the recent launch of the new state-of-the-art paediatric cardiac centre at the Bustamante Hospital for Children in Kingston.