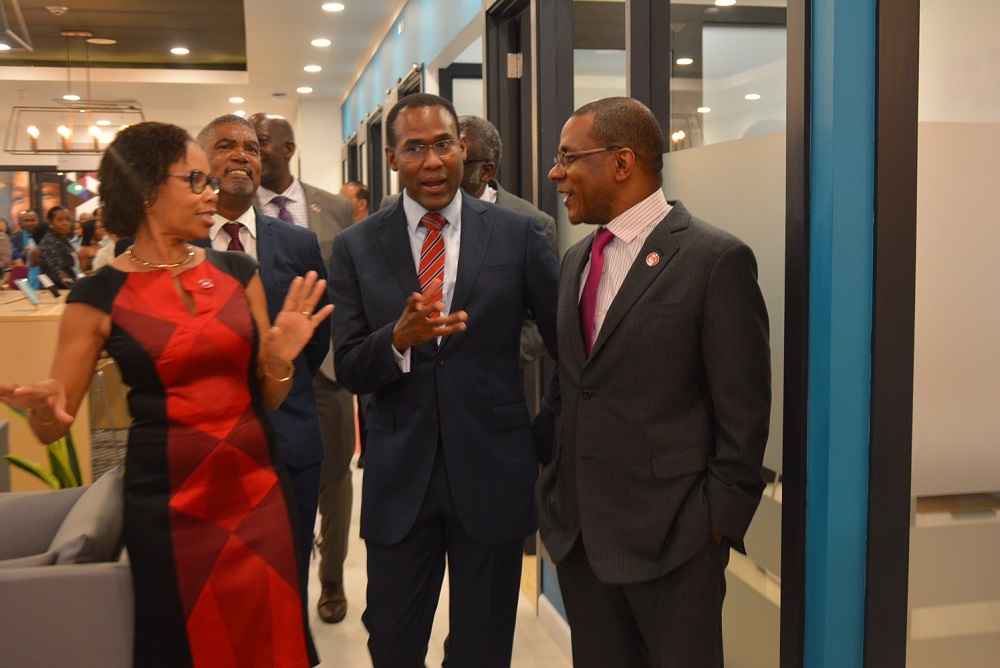 Montego Bay, April 26, 2019 – Jamaica – Minister of Finance and the Public Service, Dr. the Hon. Nigel Clarke, says the Government remains steadfast in its commitment to revolutionise the ownership of State assets.

The Minister, who was speaking at the grand opening of the Victoria Mutual Fairview Financial Centre in Montego Bay, St. James, on Wednesday (April 24), noted that more ordinary Jamaicans are being given the opportunity to own shares in State entities that are being divested.

“We are… giving the opportunity to the vast amount of persons to get in on the ownership ladder of the Jamaican economy,” he added.

“The Jamaican people have a desire to own a piece of Jamaica and this Government is making that possible by not only putting it on the Jamaica Stock Exchange (JSE) but having a distribution system that includes people,” he noted further.

The Jamaica Mortgage Bank (JMB) is among other entities identified for divestment, and the Government is committed to selling its shares in Jamaica Public Service Company (JPS).

A total of 11 billion shares at 0.50 cents each, are being offered under Wigton Windfarm Limited’s IPO, which will run until May 1.  Of this amount, 2.2 billion shares will be reserved for public-sector workers. The Government is seeking to raise $5.5 billion from the sale.

Wigton, located in Rose Hill, Manchester, is a subsidiary of the Petroleum Corporation of Jamaica (PCJ) and is the largest wind energy facility in the English-speaking Caribbean.  The facility was built by the Government to help diversify Jamaica’s energy mix.

Insert: Minister of Finance and the Public Service, Dr. the Hon. Nigel Clarke (right), tries out a computer in one of the offices at the Victoria Mutual Fairview Financial Centre, following the official opening of the facility in Montego Bay, St. James on April 24. Looking on are Chief Executive Officer of Victoria Mutual Group, Courtney Campbellon (left); and Custos of St. James, Conrad Pitkin.