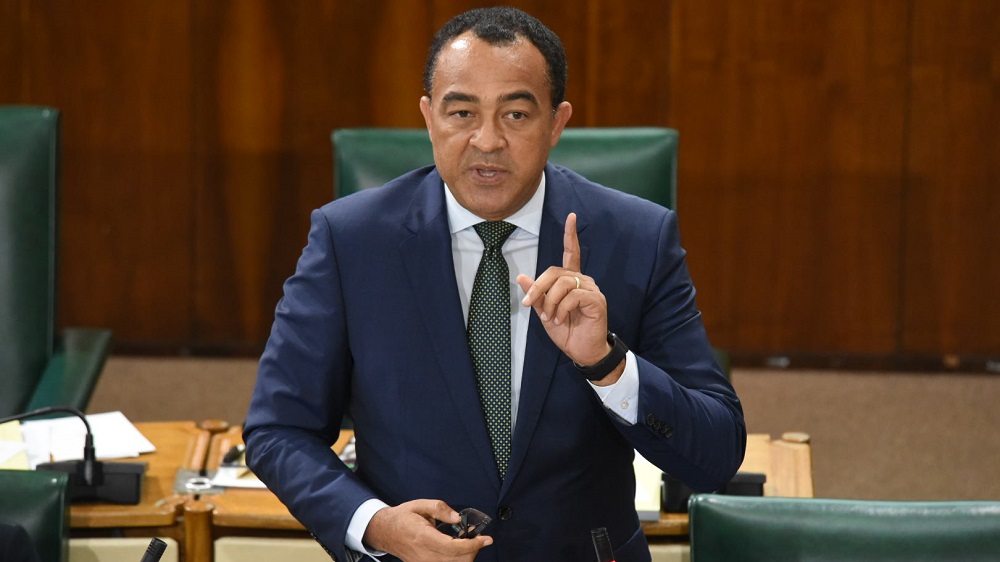 #Kingston, April 25, 2019 – Jamaica – Minister of Health, Dr. the Hon. Christopher Tufton, is encouraging parents to ensure that their children are fully vaccinated against measles. The advice comes against the background of the recent increase in cases of the disease in the United States and across the region.

Dr. Tufton said parents ought to take this precaution as measles kills more children than any other vaccine-preventable disease.

“In order to stop the disease from spreading, 95 per cent of children in Jamaica need to be fully vaccinated with the two doses – MMR1 at 12 months and MMR2 at 18 months,” he noted.

The Minister, who was making a statement in the House of Representatives on Tuesday (April 23), said the vaccines are available at all public health centres across the island free of cost.  He lamented that there has been a decrease in uptake of the vaccines over the last few years, and in 2018, Jamaica had 89 per cent coverage of MMR1 and 82 per cent coverage of MMR2.

In the meantime, Dr. Tufton assured that there are no local or imported cases of measles in Jamaica.

Measles is a highly contagious illness caused by a virus that replicates in the nose and throat of an infected child or adult. The virus circulates worldwide, and approximately 90 per cent of susceptible people (persons not vaccinated) who are exposed to someone with the virus will be infected.

Most cases of measles are mild and symptoms usually appear 10 to 12 days after exposure to an infected person, but may appear as early as seven days and as late as 21 days after exposure. Measles typically begins with a high fever, cough, runny nose and red, watery eyes.

The complications from measles include ear infection and diarrhea, while severe complications include pneumonia, swelling of the brain and death. Pregnant women may give birth prematurely or have a low-birth-weight baby.

Jamaica has had no local spread of measles since 1991. The last imported case of measles in Jamaica was in 2011.  The Ministry of Health continues to monitor the island for imported cases of measles. Persons may call 888-ONE-LOVE (663-5683) or visit the nearest health centre for more information.