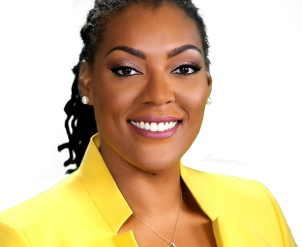 #Providenciales, March 28, 2019 – Turks and Caicos – On Monday March 18th 2019, during a motion to adjourn the House of Assembly brought by the Minister of Education, it was advised that the European Union Consultants would be in country for the brick laying ceremony for the Long Bay Primary, in the Long Bay Hills sub-division in Providenciales as part of the European Union Development Fund 11.

Despite the delay in the present Administration’s processing of the EDF11 program, the Former Minister and MP for Leeward and Long Bay, Hon Akierra Missick states “Finally, the Education Sector Reform is taking physical shape, even though it is 2 years behind schedule. It is a pity that TCIG were unable to activate portions of this funding program before now; they were in a position due to the work completed prior to the PNP leaving office that provided the signing of the Financing Agreement in February 2017”.

By way of background, the Education Sector Reform program was developed in 2013 by the Ministry of Education lead by Hon. Missick as Minister. The results of the consultations highlighted the challenges in the TCI Education Sector, including lack of spaces at primary and secondary school level in Providenciales, the absence of technical vocational learning programs, ineffective monitoring and testing capabilities of students, and limited training and qualifications for some educators.

Hon Missick states “The challenges presented were not seen as insurmountable by the Ministry of Education, but required considerable funding in the Education sector both in physical and in human capacity. The Ministry took the view that the construction of the Long Bay High School would take priority given the overwhelming space challenges experienced at Clement Howell High School during this period. As it related to the challenges at primary school level the development and construction of a 4th primary school in Providenciales would also have to take place to meet the demands of the increase in school age children accessing public education. This resulted in the Ministry commencing discussions on the development of a primary school facility with the European Union’s Delegation team in the region inclusive of discussions with the Territorial Authorizing Officer, and eventually the application for funding to assist the Turks & Caicos Islands in reforming the Education Sector. The Education Sector Plan 2013-2017 – “Success for Every Learner” bid was successful and on September 10th 2015 the Ministry of Education received confirmation that the sum of 14,000,000 Euros would be provided by the EDF11 Fund to implement the Education Sector Reform 2013-2017”.

The required support, resources, and work began in earnest to ensure that TCIG would meet the program deadlines, and the development of the Education Sector Reform Contract concluded in 2016. The Financing Agreement was signed in February 2017.

“The decision to now draw down on this significant funding, albeit late, nonetheless secures the future for Education in these Islands, and for that I am very pleased to see the hard work of the previous administration not be lost. I thank the former PS of Education, Mrs Cheryl-Ann Jones, Dr Timar Stephenson, Former Education Planner, Kathleen Forbes of SPPD, the Deputy Governor Anya Williams and the entire staff of the Ministry & Department of Education for their commitment to establishing this program with the PNP Administration, and thanks the European Union for their commitment and dedication to the Young People of these Islands.” Hon. Missick said.

Whilst the public may be aware that several residents in Leeward and Long Bay constituency successfully challenged through the Court’s the process in which approval was given for the proposed location of the facility. The concerns related as to the location of the development in a residential area in Long Bay Hills, and how residents were not provided an opportunity to raise their concerns before the Planning Board. Hon. Missick states “as the MP of Leeward and Long Bay, I will ensure that the TCIG completes the necessary mitigating factors to reduce noise levels, and address increased traffic in our residential community. I promise residents that I will raise concerns with TCIG Departments as to the maintenance and up keep of the area that the Long Bay Primary School will be located if it begins to deteriorate. Leeward and Long Bay has some of the most beautiful homes belonging to Islanders and we would expect their homes and properties do not reduce in value, due to the construction and operation of this facility.”